This Book Has Balls by Michael Rapaport 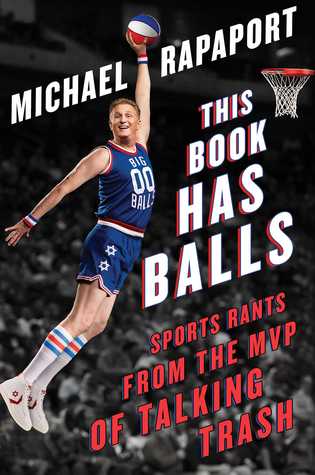 Obviously I wasn’t the target demographic for this book. My husband was. And he read it. Since we’ve been married 20+ years and he’s only finished three books that I can remember during that time, when he told me he thought I would like this one I had to give it a go.

Before I get to what I had to say, let me tell you that ol’ hubs would give this one the full monty. In an attempt to give full disclosure, you should know that he’s also a Rapaport superfan. He listens to his podcast, every movie dude has ever been in makes his fave list, he’ll watch a TV show just because Rapaport’s guest-starring on it. Major one-sided bromance. He’s also a fan of all sports in general and is a fucking know it all has Rainman capabilities when it comes to stats and trivia tidbits.

Me, on the other hand? I currently live in a house full of these types of people and I was raised by another army of them. My kids play sports and sportsball games or shows about sportsball games are always on the television so I have a general knowledge of the rules and the who’s who. Really, though? My one sports-oriented bucketlist item was finally achieved . . . .

In addition to the catchy title, this thing wasn’t too bad. I will say it was a little East Coast – for obvious reasons since that’s where dude came from. My fan experience has been strictly flyover country centered, so I got lost occasionally in not knowing the various New York players from the olde days of yore that he fawned over. The bright side was, he was brutal when it came to trash talking. From Tiger Woods’ downfall due to the voodoo punany, to the King of Flop . . . .

(Who I still have permission to make-out with if we should ever meet.) 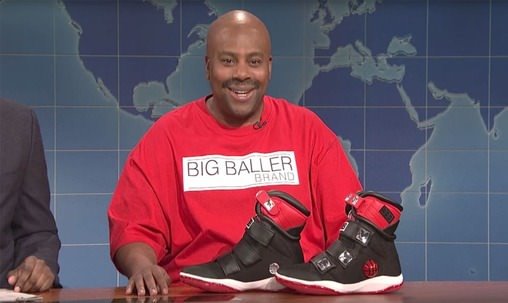 NOTHING was off limits for Rappaport.

I listened to the audio of this and I have to say the delivery was a bit like an old SNL skit . . .

I’ve been accusing the husband of selective hearing for YEARS. Now I’m pretty sure he just went deaf from over-Rappaporting his poor earholes.

I was going to throw this one a bone (that’s what he said) and hand out 3.5 Stars simply for the fact that a Real Housewhores segment was included proving to my husband that my addiction to watching EVERY CITY ON THE PLANET is absolutely A-Okay. But then Rapaport gave Bethenny Frankel – who yes is most definitely a boss, but she’s a fucking crybaby when anyone calls her on her shit and I just can’t tolerate that noise – the #1 ranking when it’s sooooooo obvious there’s a new HBIC . . . .