The Adults by Caroline Hulse 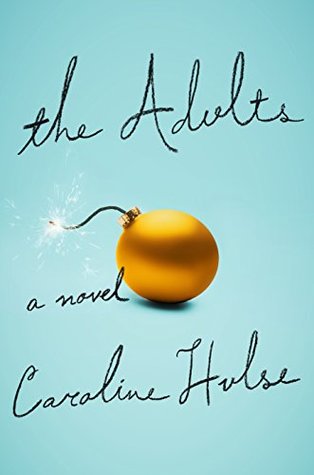 And you should totally trust me because . . . .

I mean I haven’t been told I suck turtles in like MONTHS now guys.

First off, it starts with a 911 call reporting someone has been shot . . . . WITH. AN. ARROW. Ummmm yes please. Also, reminiscent of the hen party gone bad in In A Dark, Dark Wood. But this one promised it would be darkly funny so not exactly the same? Whatever. My brain makes connections the way it wants – I’ve given up trying to fight it.

In case you aren’t aware, the premise here is that Claire, Matt and their daughter Scarlett – oh and Scarlett’s best pal . . . . 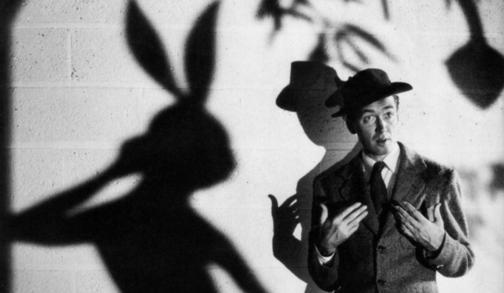 Are going to have a combined Christmas with Claire’s boyfriend Patrick and Matt’s girlfriend Alex. It’s the epitome of co-parenting and as Clark once said it’s sure to be the “hap-hap-happiest Christmas since Bing Crosby tap danced with Danny Fucking Kaye.” Or as Matt says . . . .

“If barking royals like Prince Andrew and Fergie can manage it, we should be OK. We’re all normal, right?”

Seriously. Nothing makes me feel like I’m not so fucked up like reading about other people who are not so fucked up either . . . wait, that’s not right. Or it shouldn’t be, but much like the Griswolds or the McAlister’s – these people put the FUN in dysfunction. They aren’t perfect, but they’re trying their best.

For realz. Christmas is my crack. Normally I’d have like eleventy thousand photos to prove how much Christmas spirit I barf out all over my house in the form of overly decorated trees in every room, but I seem to only have this one . . . . 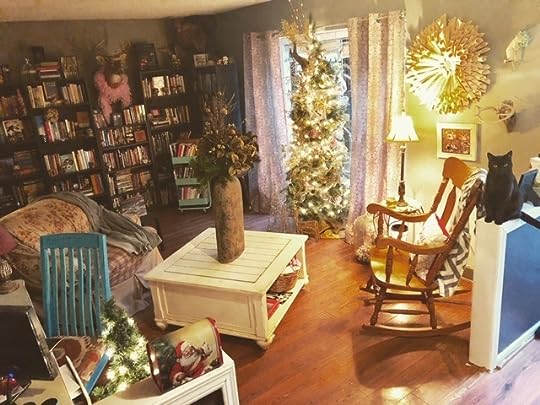 I think I spent way more hours spending money I don’t have and actually doing the decorating this year than admiring my handiwork. Also, I did things like read in my Christmas jammies . . . . 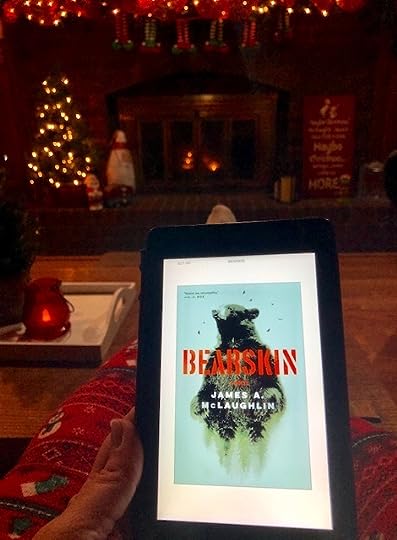 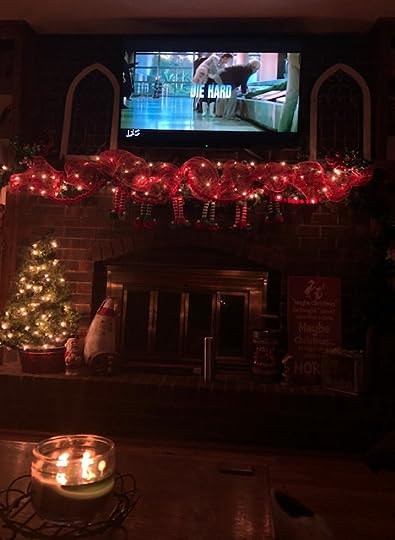 And hung out with this horrible little psycho (who can only sleep upside down because he is part vampire????) . . . . 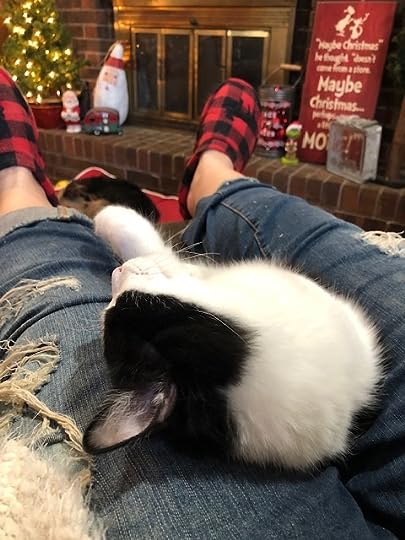 And also publicly shamed myself sending my family members photos like these . . . . 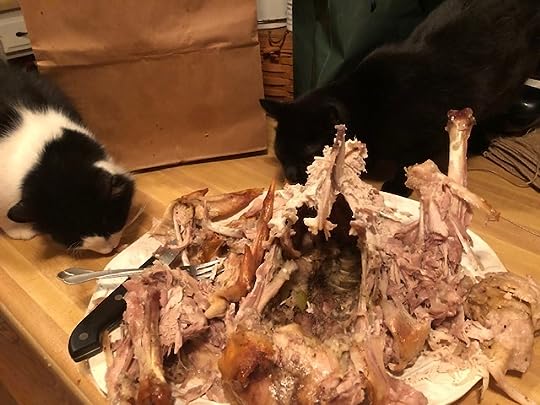 Who let’s this happen? Garbage humans, that’s who.

Anyway, all that non-reviewing nonsense is to let you know that maybe I was just in the right place at the right time for this, but whatever the case was I absolutely loved it.

ARC provided by NetGalley in exchange for an honest review. Hey, at least I gave you a decent Instagram pic for once since you got a shitty bit of nothing in this write up!
Posted by Kelly (and the Book Boar) at 10:01 AM