A Very Large Expanse of Sea by Tahereh Mafi 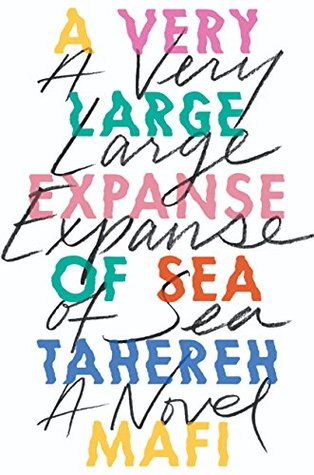 You know what makes me want to punch someone in the throat more than anything in the universe? When the only words they can come up with during an argument are “wow” or “whatever.” The fact that this is pretty much the only response either of the two main characters in this book have to anything that offends them did not bode well for my enjoyment of this book. Not to mention the laundry list of other things like . . .

1. I found Shatter Me to be okay, but I remember Mafi being quite the wordsmith. Definitely not the case here.

2. The female lead’s family has moved like a dozen times in her life – but apparently only to super racist uggo places (even before 9/11 took place which made uggos even more uggo) and yet don’t really have any money or anything to show for it so why move all the time???

3. If you want to argue that they weren’t poor – IT FLAT OUT SAYS THE OLDER BROTHER IS DYSLEXIC AND THEY COULDN’T AFFORD A TUTOR SO THE MC HAD TO “TEACH” HIM NOT TO BE DYSLEXIC ANYMORE . . . when she was like in elementary school and he was in middle school. I can’t even talk about this topic further for fear my brain will explode.

4. How many teenage movies can be ripped off in one book? Let me count the ways – girl makes her own creations via altering thrift store finds à la Pretty In Pink and since there is no such thing as too much John Hughes (except somehow there is now because a subset of people are super offended by everything I thought was awesome when I was a teenager) we also have the unexpected show up by dream boy in his car à la Sixteen Candles and no clichéd story would be complete without every problem being solved via a breakdancing battle like the Step Up franchise has taught us.

5. While we’re on the subject of things that offend the younger generation – there are multiple occurrences of “being stopped with a kiss” so see Argument #4 above and the old lady generation teenie bopper movie stuff that now pisses people off as to my confusion.

6. These children DON’T EVEN KNOW EACH OTHER. Now I know that’s the mom in me speaking, but JFC I’d rather have the instalove than this supposed “deep” crap when he doesn’t even know she has a brother and she’s unaware he’s the star of the basketball team. Talk about self-absorbed douchebags.

7. Not everything is racist. Or there can be more than one reason. The dude in class who is disgusting and tells her he “sees nothing” when he looks at her (or probably any other random student) could have a multitude of reasons – they’re not on the same social plane as he is, they’re fat, ugly, gay, poor, rich, etc., etc., etc. The forest is missed for the trees when it comes to pointing out that individuals like him are AWWWWWWWWWWWWWWWFUL people – and yes maybe blatantly racist as well because they are pigs – but a lot of these kids were probably just assholes and thought she was a bitch because she acted like a bitch all the time and could have given a rip about her heritage.

8. Our MC wears hijab, but basically for a fashion statement. Wear what you want to wear, but good grief don’t get peeved when a classmate calls you out for conduct unbecoming.

I won’t be responding to any comments telling me I’m wrong on this one because (1) I’m well aware and (2) I’m sure the majority of those statements will be coming from children and Homey don’t play that. Before you get all up in arms, please note this is actual footage of me typing this review . . . .