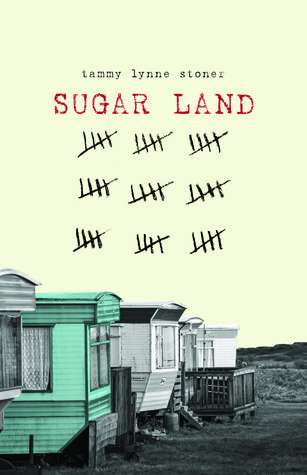 “No life is easy, and no life is hard; it’s just what adjectives you choose to describe it.”

I would have never even heard of this book if it weren’t for my friend SUSAN putting it on my radar. Her 4 Star rating was all I needed in order to request this from the library. And the cover meant I didn’t bother reading the synopsis because trailer parks? Yes please. Those are where my type of people live . . . .

Imagine my surprise when things weren’t all methy and stabby like they usually are when wrapped up in a cover like this, but instead was historical fictiony?????

Despite its lack of meth (there is a little bit of a reformed pedophile eventually to balance things out), Sugar Land still receives nearly all of the Starzzzzzzz from me. The story here is of Miss Dara as you follow her life from Midland, Texas in the 1920s to . . . you guessed it . . . Sugar Land, Texas where she spends the remainder of her days until her death in 1981. From her time working in the kitchen of Imperial State Prison Farm, to marriage, to widowhood, to the trailer park (because yes, eventually there is one), to a second chance at love – Miss Dara’s life story is unlike any other. Call it historical fiction, fictional biography, chick lit, LGBTQ, tragicomedy or whatever other label you want to throw on it, it’s un-put-down-able as Miss Dara learns how to be true to herself while being surrounded by others who already are. 4 Stars because the last third of the book contains a simply wonderful biting humor that the first two-thirds was missing. I wish the entire book would have been in that voice.
Posted by Kelly (and the Book Boar) at 7:00 PM