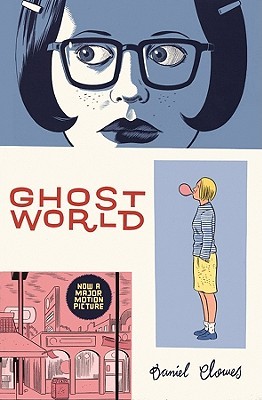 There’s nothing really to say about this one. It’s nearly 20 years old, it’s a bit of a cult classic, a major motion picture was made, etc., etc., etc. Basically I’m late to the party and I read it because it was on some must read list of graphic novels I found (and lost) eons ago. Ghost World contains various snippets from the lives of lifelong friends Enid and Becky as they are on the cusp of adulthood and discovering maybe they don’t have as much in common with each other as they used to. As everyone else has already said – the artwork is where the magic happens. Not saying there’s anything wrong with the content – the characters/their interactions ring pretty true to that awkward stage when you’re trying to find yourself between child and adult – but the art is just great. These vignettes would have been something to look forward to had I been a reader of this back when it was serialized rather than picking it up after it had been turned into one collection.
Posted by Kelly (and the Book Boar) at 7:00 PM