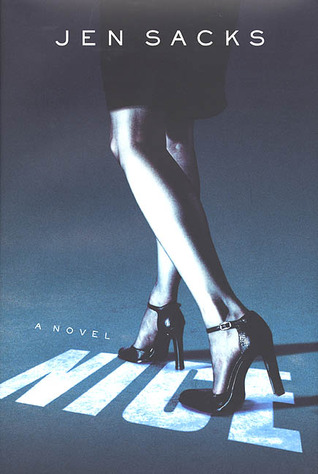 That’s pretty much what Nice is about. You see, Grace is an empath, which in the dating world turns her into . . . .

Things get complicated when Grace discovers that someone has picked up on her little secret - and due to his own line of work he ain't scurrrrrrred.

This wasn’t a terrible way to spend a couple of hours. I’m a fan of dark humor and killing bad dates is fairly dark. I’m also a fan of twisted love stories and this one ranks pretty high up there for that as well. It isn’t a book that will change your life, but it might be a book that keeps you on the FBI watch list when the library tells you the Winter Reading Challenge is to “Imagine That” and you can’t imagine something more enjoyable than murdering every dude who you didn't want to go out with again with no repercussions *wink*

And that right there was #5, kids. Thanks for following along and see you all in the summer when the major award I neeeeeeeeeeeeeeeeeeeed will be some sort of glass that holds an alcoholic beverage and yet another theme I’m sure to whine about.
Posted by Kelly (and the Book Boar) at 8:00 PM