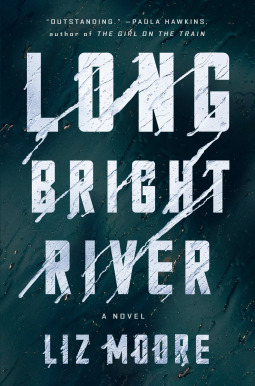 I knew zero about Long Bright River before attempting to get my hands on a copy. All I knew was I loved HEAVY and when I recognized the author’s name I wanted to give her new release a shot. When I found out it was a dope story, wellllllll . . . . .

Grit lit is most certainly my bag.

The story here is of two sisters. Mickey works on the right side of the law as a beat cop in Philly, her sister Kacey is a drug addicted prostitute. At its most basic, this is a “whodunit” when Mickey discovers Kacey might be officially missing at the same time as several women with a connection to the seedier side of life have been murdered. And believe me, that story is done well. It absolutely did not feel like 500 pages. What I did not expect whatsoever was . . . . .

No, not really. I’ll spare you the soapbox regarding my feelings on 99.99999% of the times that term is used, but let’s just say this one hit waaaaaaaaaaaaaaaaaay too close to home. You can stop reading here if you’re only interested in book specifics because I really have nothing to offer. Instead I’m going to get real personal.

Long Bright River resonated with me because I could relate to it on a whole different level. You see, I work in law and have a sister who died of a heroin overdose. She often went “missing” and turned up again only because she needed some money. I can only assume she more than likely whored herself out in order to get a fix when she did not have other means of obtaining money. She painted herself the victim and blamed every bad decision she ever made on her upbringing – which was the same upbringing I had and yet somehow I managed to become a fairly productive member of society. She had drug addicted baby after drug addicted baby. One died (basically at her hands because even though said baby was born addicted, she was still sent home with a garbage human to care for her who unplugged the breathing/heart monitor due to it “malfunctioning and beeping all the time” - a/k/a she was stoned, her baby dying was interrupting her high, and when she finally came to it was too late to resuscitate). A second baby died. Three more were taking in by a relative and since my sister never managed to make any supervised visits/not piss dirty eventually legal custody was granted in whole to that wonderful family. Another went to a family battling infertility and thankfully they were able to legally adopt her after the system ran its tedious, never-ending second/third/fourth/eightieth chance process. We thought she was going to go to prison once and we were so happy because at least she would have a roof over her head, food, and a chance at court-ordered rehab to get clean . . . but then she was released with a slap on the wrist (and trust me, manufacturing methamphetamine SHOULD NOT be a charge with fucking probation as the punishment), came out and spiraled out of control until her death.

As I said, I don’t think I’ve ever related to a story like I did this one. I have never had a book bring out so much real life, personal anger in me. I’ve never wanted to throat punch a fictional character like this. I’ve never had a twist that I cheered for as much as this one and I’ve never agreed with a character’s actions like I agreed with Mickey’s. My notes say real brilliant things like “fuck you” and “fuck you twice” because I was raging out so hard. I’ve never wanted someone to not be dead just so I could tell them what a fucking selfish/bullshit artist/baby killing/first world problem having piece of garbage they were because I was too cowardly to do it when they were alive and Liz Moore brought all of those repressed feelings to the surface (and out of my screaming face in the safety of my car where my children couldn’t hear me). Obviously this book might not generate the same type of emotion in most of you.

The weird non-use of quotes but using dashes instead and still saying “he said/she said” after every bit of dialogue was annoying, though. There. There’s something about the book.