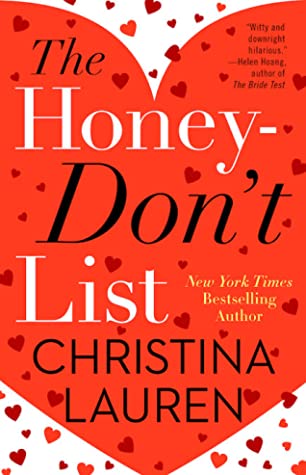 I bumped The Honey Don’t List to the top of the queue thinking it had already been published and I was late to the party. After I finished I realized it doesn’t come out until mid-March so yay to me for being such an overachiever. Christina Lauren is a duo that I request every time I see a new release. While their stories don’t necessarily knock my socks off, they are always a decent way to kill some time – especially when life gets too lifey and I need something light.

This kicks off with a fictionalized version of HGTV’s resident sweethearts. Married 26 years with two adult children, Rusty and Melly Tripp built a home remodeling dynasty in Jackson Hole, Wyoming on nothing but hard work and turned it into the Comb + Honey brand found at local Targets and Walmarts nationwide. Melly is known for making the most of a tiny space by utilizing modular design – I automatically thought of the tiny house shotgun bungalow with a retractable staircase . . . . . 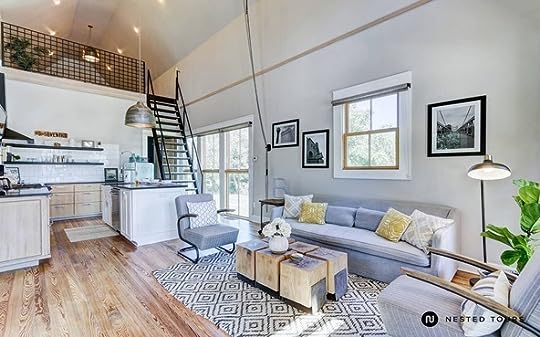 Now the couple is getting ready to launch a brand new television series. The only problem? What if instead of being like this . . . . .

And much much worse.

Enter James and Carey – Rusty and Melly’s personal assistants. Their job is to basically babysit the duo in order to keep the truth of their failing marriage out of the press until the launch of the new series.

Notice how I talked ZERO about the main characters who are destined to fall in love? Yeah, this one will either work for you or it won’t. It was light on the romance as well as the angst and kind of written for a specific audience – those who are obsessed with Chip and Joanna Gaines (a/k/a me). I read it from start to finish yesterday and had a fine time doing so. I thought James was a bit of a pussy, but since I’m a gal who generally seeks out grunting cavemen motorcycle riders to be my book boyfriends, you should probably take that opinion with a grain of salt.

ARC provided by NetGalley in exchange for an honest review.
Thank you, NetGalley!
Posted by Kelly (and the Book Boar) at 8:57 AM