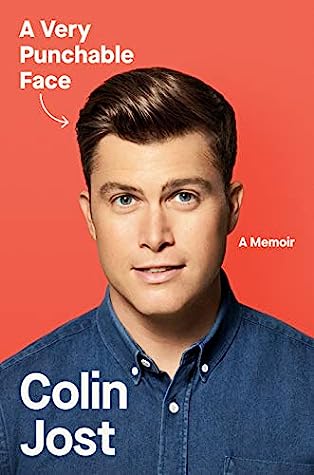 Per the placeholder below, I have a bit of a thing for Colin Jost. In all honesty, though, I kind of have a thing for SNL performers period. I have talked ad nauseam about my lifelong affinity for the Not Ready for Primetime Players and how some of my fondest childhood memories involve shoveling late-night Pizza House paper thin crust pizza and Italian beef sammiches into my mouth while watching Eddie Murphy rise to fame. By the time I was old enough to actually understand the jokes it was an era most would consider pretty great with the likes of Dana Carvey, Jan Hooks, Nora Dunn, Phil Hartman, Victoria Jackson, Mike Meyers, Kevin Nealon, etc. And then there was magic. Sandler, Spade, Rock, Schneider, Meadows and the incomparable Farley. In all actuality, while there have been some clinker seasons, who can argue that the groups listed above didn’t provide the hardy-hars or that others before and after didn’t do the same? I mean the original cast with Belushi and Chevy Chase and Dan Akroyd and Jane Curtin and Gilda Radner and Garrett Morris? Brilliant. Tina Fey, Amy Poehler, Rachel Dratch and Maya Rudolph finally shutting up the douchecanoes who were still trying to argue that “women can’t be funny.” Priceless. And this current batch of kids like Aidy Bryant, Mikey Day, Chris Redd and Kate McKinnon ain’t nothing to shake a stick at either. There’s also this new guy who I think has potential *wink* . . . .

Dear Kenan, I hope you make ten million dollars a year and please never leave. You are everything.

Anyhow, so I watch a crapton of SNL and I try to read any and all former/current cast member memoirs that come out as well. I am what you might call a superfan. I want to hear all the details about being a part of my favorite show and I want zero filter used while dishing (David Spade wins this category). Jost’s book scores high with me for the following:

10. Despite not being an entry about SNL – as mentioned below he does talk about how many times he has pooped his pants in his adult life . . . . .

That will never not be funny to me.

9. When it comes to talking about guest stars who were awful, everyone seems to clam up. Not Jost. He flat out says the worst person he ever had to work with “had the initials R.C. and then after the R is an “ussell,” and after the C is a “rowe”” . . . .

Without knowing that said show had already been canceled.

7. He wrote another show that like three people in the entire world ever watched and two of those people just so happen to be me and my kid . . . . .

6. He willingly admits his fails like the eight episodes of Weekend Update he co-hosted with Cecily Strong (who is GREAT on SNL, they were both just really terrible together attempting to do the fake news) and hosting the Emmy’s. (To his/Che’s credit, they actually proposed a few bits that were potentially hilarious but vetoed by the powers that be.)

And #1. Relationship goals. No, not Scarlett Johansson. If anyone thinks that marriage will last, then I have some oceanfront property to sell you in the middle of the Sahara. Nope, I’m talking about the real deal . . . .

They are the reason I stay up until at least 11:15 before dozing off due to my old age and watching the remainder of the show with my morning coffee on Sundays. It will be interesting to see where the show goes without Jost’s involvement. Fifteen years is a long time and his input will be greatly missed. Not to mention the fact that he's such a tall, delicious glass of egg whites ; )

ARC provided by NetGalley in exchange for an honest review.
Thank you, NetGalley.

I have been in love with Colin Jost for the past six years and his intro declares he will tell a story about shitting his pants as an adult. The fact that I'm not auto-5-starring this should prove what an upstanding, honest member of society I am ; ) Now, get over here you creamy slice of provolone cheese so I can read you.
Posted by Kelly (and the Book Boar) at 10:09 AM