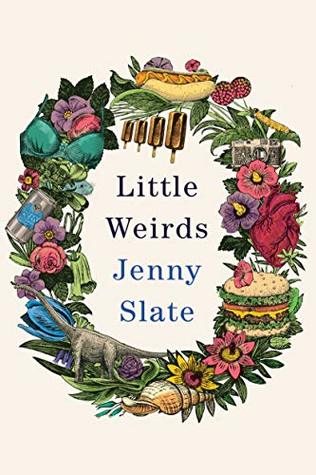 Looky looky – it’s the annual “Kelly Actually Posts a Review of a Book on #pubday” post!

I don’t really know if Little Weirds will work for everyone, but boy oh boy did it work for me. To begin with, let’s take another gander at the cover . . . . 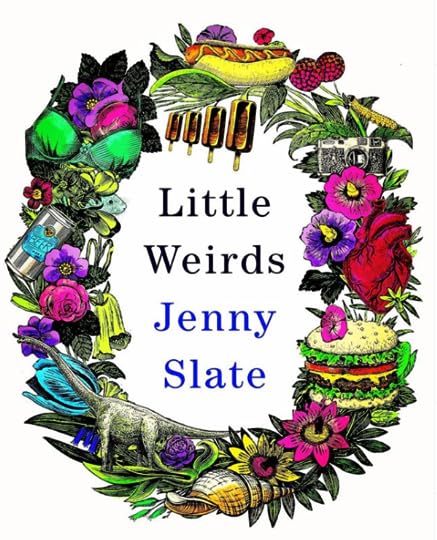 Oh, it’s just so perfect. And the insides pretty much match the outside. It’s just a jumble of truly “little weirds” conjured up by Jenny Slate’s oddball brain. (Spoiler alert: I had no clue she was such a wordsmith, but wowza does she know how to use gajillions of the entries that can be found in the nearest Webster’s.) Basically, this is the literary equivalent of . . . .

Now to be very clear, I have had a massive girlcrush on Jenny Slate for quite some time. From her accidental dropping of an F Bomb on my standing Saturday night television watching date . . . .

(Which, unfortunately, led to her promptly being fired).

To her stealing the scene as a guest star on another fave, Parks and Rec . . . .

To me trying to figure out how to rob a Brink’s armored truck in order to buy her childhood home that is currently on the market . . . . 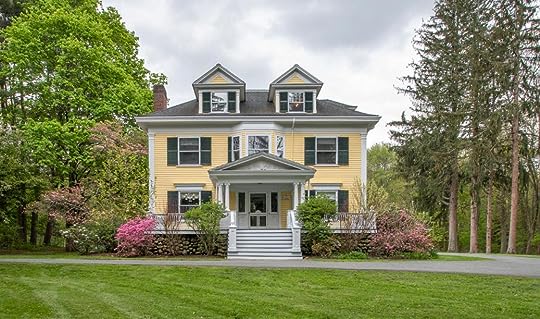 (And don’t even ask the level of commitment my stalkery has taken that I discovered that bit of information because I don’t even remember.)

To her drunken narration of the invention of Coca-Cola . . . . .

To her new stand-up special on Netflix – I simply adore her and I adored everything about this book – so much so that I’m breaking the rules and posting a taste despite receiving an advanced copy . . . .

One time, my dog sneaked six licks of coffee from my mug. I caught him on the sixth and I’m certain that he would have gone all the way. But I did catch him on the sixth. After he’d had his coffee he went and he stretched out on the armchair and spent a long time by the window, and I thought, “At least he knows how to have coffee property, even though he is a thief.”

Buy the book if you want, don’t buy the book if you don’t want, I don’t really care. I’m just happy to have these little weirds in my own life. However, you all should do yourself a favor and watch Jenny define a “Shit Show” . . . . .

ARC provided by NetGalley in exchange for an honest review. Thank you, NetGalley!
Posted by Kelly (and the Book Boar) at 10:17 AM