Give Me Your Hand by Megan Abbott 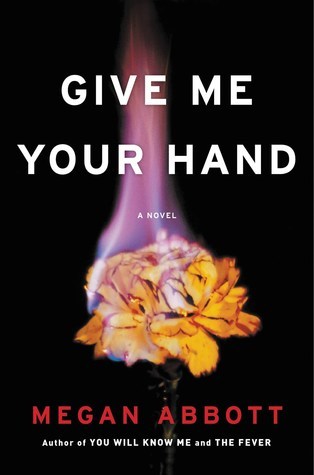 It appears I read this one wrong. It also appears that I spend a goodly chunk of time using my review space saying “if you like Megan Abbott, then you’ll like this” on books that I actually liked more than most Abbott books – excluding, of course, The End of Everything because that thing was the bomb diggity. Now please don’t get it twisted and think I won’t IMMEDIATELY cut wait patiently in line for her next release because I absolutely will. There was just something missing here for me. While I was never once tempted to put Give Me Your Hand to the side and pick up a different selection, it wasn’t nearly as page turny (new word) for me as some of her other stories. Even when I’ve had fair-to-middlin’ reactions to Abbott’s books, I’ve appreciated how dense the story and how few words she takes to get it done. This one definitely had some slow spots and the females weren’t nearly as awesomely cringe-inducing as in some of her other stuff either despite a pretty juicy storyline . . . . .

“By telling me you trapped me,” I say through my teeth. “By telling you,” she whispers, rain still glistening on her, “I was free.”

On the other hand, it was nice to know there’s a reason behind the times when I get like this . . . .

2.5 Stars, but rounding up because I still drank that Kool-Aid, yo. Now go read Diane S. or Dan or Char’s reviews to see that you actually do want to read this and not listen to anything I have to say.