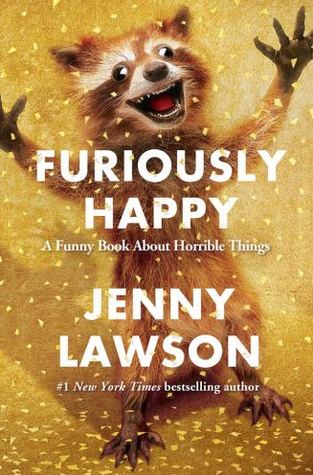 3 Stars
Welcome to what was maybe the most epic of all epic buddy reads . . . 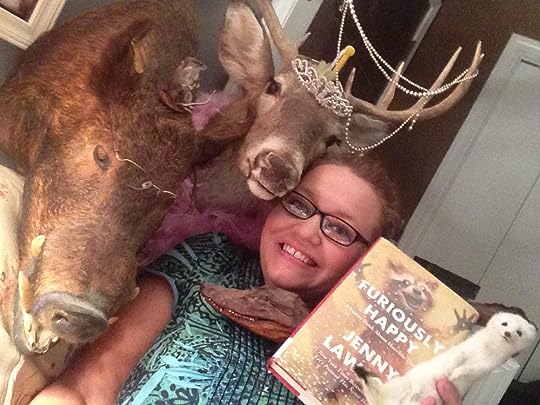 PICTURED: Kelly (duh), Mitchell the Book Boar, David Hasselmouse, Vixen, Frank Engator, and Pauly Shore. (Not Pictured: Hannibal Lecter and Harvey Dent because they are more fallaparty (new word) and my husband says I was lucky enough to score dead Oryx and Impala skulls the first time and he won’t be re-purchasing similar items just so I can take selfies. He obviously doesn’t understand me very well. The entire point of buying these types of pets is to take selfies with them. Jeesh!)

Anyway, as per the string of crazy which are my “pre-reviews” below, I was super excited about the release of Furiously Happy. And I tried everything within my power to obtain an advanced copy. Why??? Because as Jenny’s father points out in the re-telling of a story about a decomposing giraffe head that Jenny’s husband put his foot down when it came to purchasing, but was later purchased at an auction and brought to Jenny’s taxidermist father for repair . . .

He’s right. There’s a lot of us. I don’t even remember how I stumbled upon The Bloggess years ago, but it brought serious amounts of happy to my life. The same went for Let’s Pretend This Never Happened. Unfortunately Furiously Happy fell victim (to me, at least – please note this is only MY opinion and I still liked the dang book fine – I just didn’t looooooove it) to “second book syndrome.” It’s hard enough for a best-selling author to write another book, but it has to be infinitely harder for someone to write another non-fiction book about their own life experiences – especially when having to keep providing content on a successful blog. And therein lies the rub. My enjoyment of Furiously Happy was lessened due to the fact that I had already read most of the material. If you’re not a loyal follower of Lawson’s blog, you’ll get some serious belly laughs while reading stories of complex Japanese toilets and inopportune farts. Buuuuut, you’ll also get a lot of “Debbie Downer” moments talking about depression and medications and therapy, etc. in a very not-so-LOLable way.

I’m not interested in sharing my personal story here because TROLLS, so let’s just say I wanted to read Furiously Happy because I thought it would be like my previous experiences with Jenny Lawson which make the dark parts of life seem a little lighter. It didn’t. In fact, parts of it kinda really brought me down.

I’m not going to focus on the negative, though, because there were lots of positives. Especially in the form of The President. You see, Jenny’s idea mimics a conversation I’ve been having recently with my husband, but since she’s made of awesome she trumps me. Jenny’s idea is to adopt a kitten and name him The President so she would be able to tweet things like “I like sleeping with The President, but why do I always wake up with his butt on my face?” MY M.O. when it comes to obtaining new animals (both live and dead) is that once they are named they are officially mine. (So far it’s worked four times over with our living things and to the point where I look like I’m a big-game hunter for dead things.) Which leads us to Grover Cleveland . . . 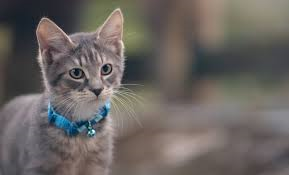 I think he might technically be the neighbor’s kitten, but I don’t think they should let him roam around outside and if he ends up in my yard I’m fairly certain that counts as possession which is 9/10 of the law. But man, why didn’t I think of naming him THE PRESIDENT rather than just after A president????? That’s pure winning right there. Well played, Lawson.

Furiously Happy also provided some great advice that should I ever make any sort of dream board I would probably cut out and pushpin to. Things like potential responses to trolls . . .

“Your opinions are valid and important. Unless it’s some stupid bullshit you’re being shitty about, in which case you can just go fuck yourself.”

“I don’t get the anti-slut-shaming movement. They’re like, ‘Don’t shame the sluts,’ and I’m like, “YOU’RE the one calling them sluts.’ It’s like having a ‘Lay off the fatties’ campaign.”

And how you should reward yourself for not using words like “supposably” or “flustrated” or “liberry.” (Because really, everyone knows it’s really called the LIBURRY.)

and how to succeed at anything:

“Pretend you’re good at it.” (That advice actually came from Neil Gaiman to Jenny Lawson when she was losing her shit. NEIL MOTHERF*&ING GAIMAN Y’ALL!)

The biggest surprise that came to me while reading this book was that the person I could relate to most was Jenny’s father. He came up with some real gems . . .

“You don’t have to go to some special private school to be an artist. Just look at the intricate beauty of cobwebs. Spiders make them with their butts.”

He also proved he may be my own long-lost father (sorry Dad, still love ya, but you’ve GOTTA admit this guy is way more like me than you are) . . .

“You can make a very convincing taxidermied Sasquatch out of a deer’s ass. They don’t sell well in the taxidermy shop but it’s very entertaining when gullible people get an inch away from a deer’s butthole to stare at it with wonder and skepticism.” 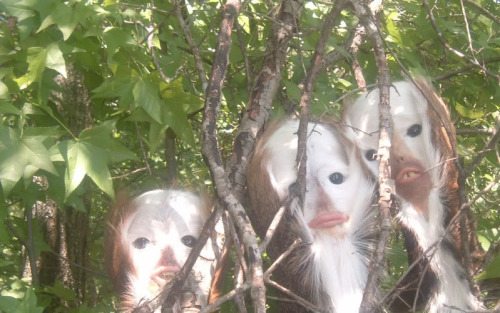 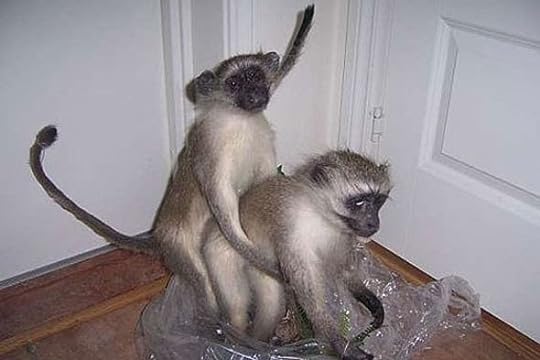 While we’re on the subject of taxidermy, it’s a long time until Valentine’s Day so someone buy me one of these . . . 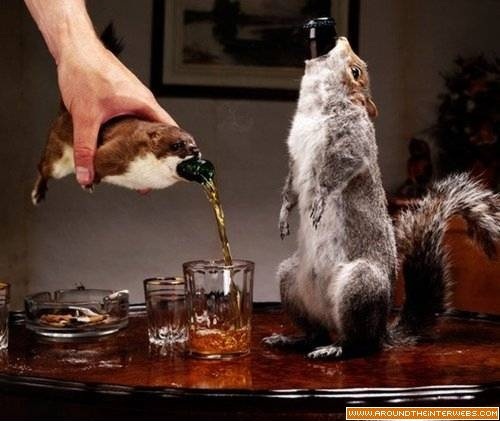 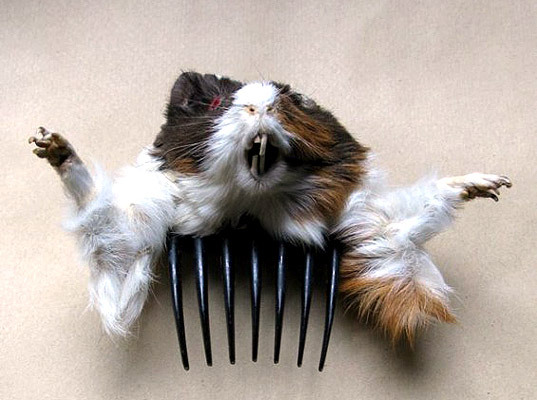 Did you know that today is my birthday? Well, it is. I'm sure you just overlooked it. Much like you overlooked notifying your publisher that I should have been approved to receive an advanced copy of this book. There's still time to rectify the situation. I'd hate to resort to "Ferris Buellering" you until release date . . .

I realized today that this is the first time I was ever denied an ARC and actually was bummed out about it. Now, I realize that not everyone is worthy of a freebie, so I've included photographic proof that will forever be known as Exhibit A detailing why I am more worthy than everyone else . . . 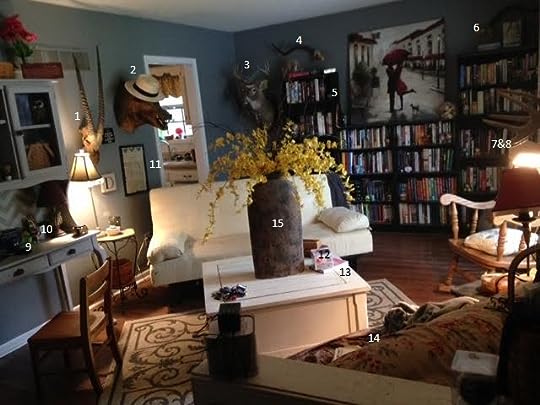 Items 1-8: Dead things. Not only do I have a stuffed boar, but I also have a cross-dressing buck, an ORYX skull (also an impala skull - both former museum pieces which = I win), various rodents and a Day of the Dead deer skull.

Item 10: The Dude. Every home should have a Dude.

Item 12: Pop Vinyl. (Sidenote: Jenny, do you have any Pop Vinyls? You should get one. They aren't addicting at all and you definitely can quit buying them at any time. I mean, I am living proof that a person would never buy so many of these damn things that she would completely forget about one for a month.)

Item 13: Copy of book which I already own that needs to join the stack of an additional 10 or 12 and will hopefully one day actually get dropped off at the charity thrift store. Not only am I an idiot, but I also do not find it particularly comfortable to leave my house and interact with other humans. Sound familiar?

Item 14: Cat. You can't see him because he's really squished himself up in there, but he exists. He also is not dead.

Item 15: Another cat. I don't know how he manages to squeeze directly behind that big old flower thing, but he does it EVERY. SINGLE. TIME.

(Sidenote #2: MY cats are not evil and will totally wear the yuckoon face mask unlike some other person's cat I know.)

This list should not only prove that I am deserving of a copy of your book, but it should also make you a little bit worried that we might be the same person. Lucky for you I'm only interested in becoming a professional stalker of Jeff Goldblum, so you're safe.