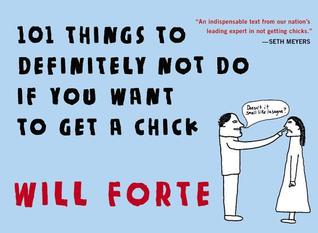 By this point you should be well aware of the fact that I am infatuated with Jeff Goldblum. That being said, it probably won’t come as a real shock to any of you that I’m quite smitten with Will Forte as well and he also resides on my “5 List” (in case you are too young to have watched Friends aren’t familiar with that vernacular – they are the five celebrities you are allowed to cheat on your spouse/significant other with and suffer zero repercussions for being a shameless hussy). When I saw that he had a book (a year after it was published because I suck) I was like . . . .

It’s a bummer I don’t enjoy Last Man On Earth more than I do, but I blame it on the oh-so-hilarious in animated form . . . .

Kristen Schaal instead because (in my humble opinion) Will Forte is an underestimated talent. From his early beginnings as a writer for the Jenny McCarthy show (she was funny before she became an anti-vaxxer) and Letterman to his tenure on SNL where maybe he wasn’t responsible for writing all of my favorite skits . . . .

(Sudakis wrote that, in case you’re just chomping at the bit to know.)

I’m fairly certain he was responsible for taking it to the next level . . . .

This little book is probably godawful to most people, but as Will says himself . . . .

“These are basically the first jokes I ever wrote. Just think of them as a snapshot of my brain at the age of twenty-four.”

If you’re a gal or guy who swoons at this sappy little commercial . . . .

These might not be the doodles for you. That’s okay, though, because I enjoyed them enough for everyone. Here’s a little sample of the ones that made me snort-laugh (proving once again I have the sense of humor of a prepubescent boy) . . . . 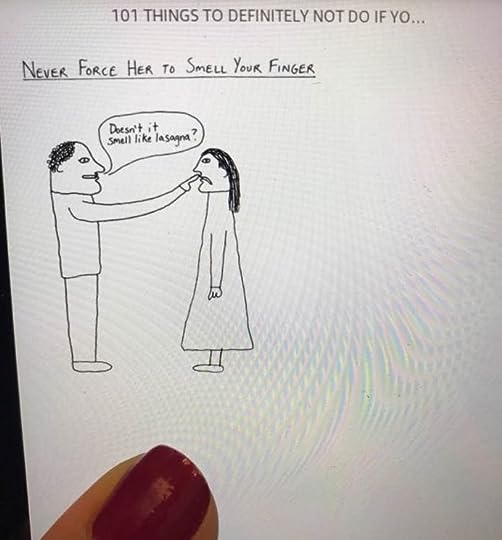 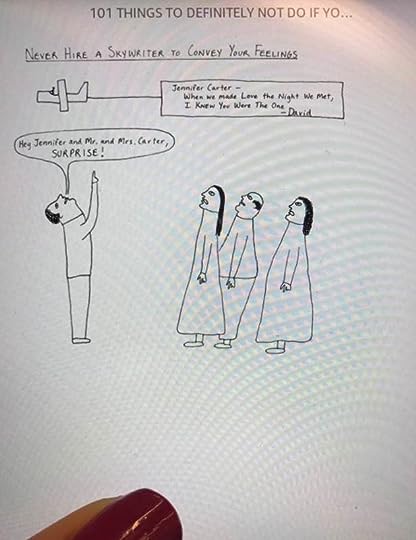 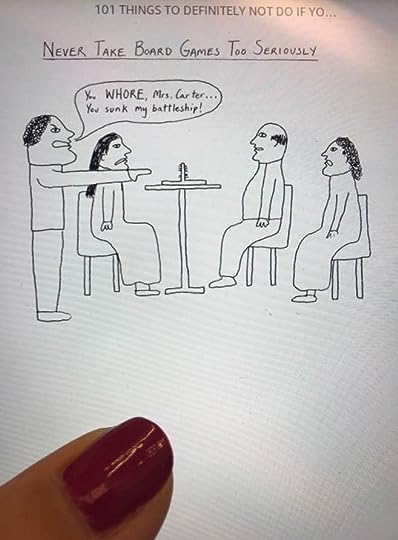 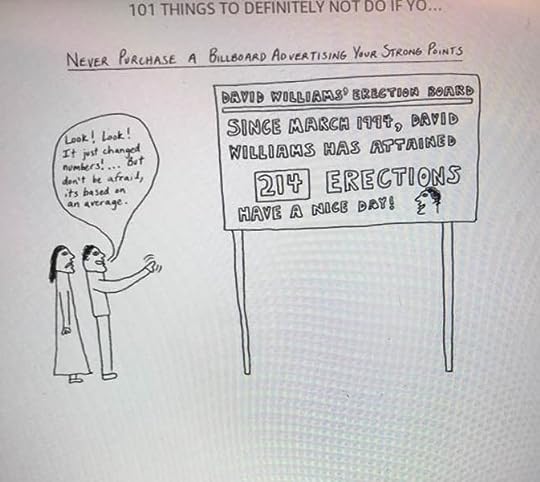 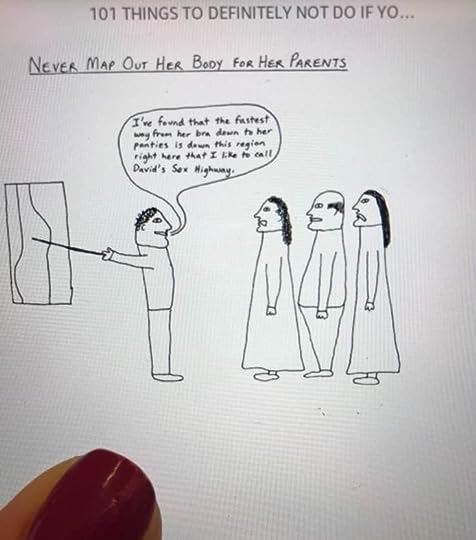 (My apologies for the "pictures of pictures" delivery - I had zero idea what this book was before I requested it and definitely would not have opted for the Kindle version if I had known it was cartoons. But hey, at least my nails were pretty.)

I was going to give this 3 Stars but I know for a fact tomorrow evening when my husband and I have “date night” I’m going to make him go to the Barnes & Noble and drop ten bucks so I can own a copy of this little bit of nonsense so 4 Stars it is.
Posted by Kelly (and the Book Boar) at 7:30 PM