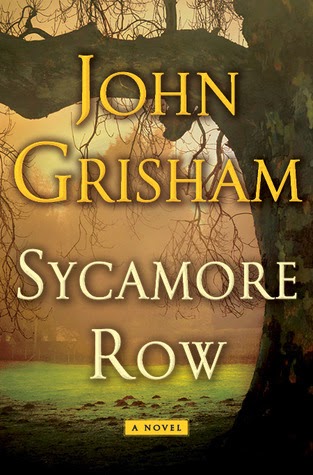 3.5 Stars
Coming off the trial of the century, Jake Brigance thought he would finally realize his dream of becoming a rich and famous trial lawyer.  Fast-forward three years and Jake finds himself still struggling with the same nickel and dime cases he was handling before Carl Lee Hailey walked into his life.  There is a chance that will change when reclusive millionaire Seth Hubbard ends his own life rather than waiting for the cancer to kill him, naming Jake as the attorney who will handle the probate of his estate.  An estate that Hubbard decided to change the day before he committed suicide, leaving nothing to his heirs but rather to his black maid.  For the first time in his career, Jake will be paid an hourly fee – no contingencies, no bartering with poor clients for whatever they can afford, no waiting for a verdict to see if he’ll get paid at all.  Jake will be paid no matter what, but he will have to work for his money – digging into Hubbard’s past to see exactly why someone would choose to leave such a fortune to a woman who had only worked for him a few years.
I stopped reading Grisham 12 years ago.  When you work in law, a fantasy land of another law firm is not exactly the literary escape of your dreams.  Legal reality is:  even the most exciting case is bogged down in a sea of endless paperwork – once I break free of my desk, I don’t want to go back until I have to.  There’s always an exception to the rule, though.  That exception for me was returning to the setting of A Time To Kill.  In my opinion, Grisham’s first work was his best – a heartbreaker filled with characters you felt like you knew personally by the time the book was finished.  When I heard about the release of Sycamore Row I couldn’t wait to revisit my old friends.
In all honesty, had I not been so emotionally invested in the lives of Jake, Harry Rex, Lucius, Ozzy, etc. this book probably would have scored a 2 or 2.5 from me.  There are no surprises as to why Seth Hubbard chose to modify his will, it’s too long, at times it bogs you down in legalese, the courtroom proceedings are unrealistic, etc.  But I loved these people and wanted to hear what happened to them after the Hailey trial.  Grisham provided those answers for me and at the end of the book I still loved the characters.  Therefore, it’s getting it a big ol’ bump in the star department.  I just hope Grisham leaves well enough alone and doesn’t write a third Jake Brigance novel.  If he does, I either won’t be reading it or I won’t feel the need to be so generous in my review ; )