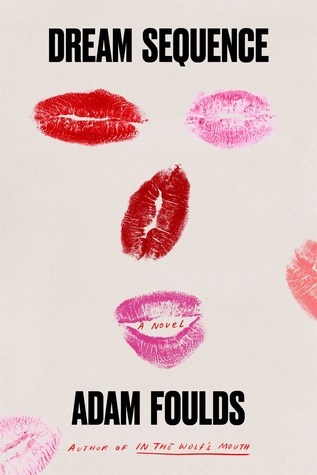 A better title for Dream Sequence might have been Much Ado About Nothing, but I think that one may have already been taken.

Kristin is a wealthy divorcee from Philadelphia who spends most of her time redecorating her home in the style she is accustomed to and writing correspondence a couple of times a week. Henry is a British actor who has starred in the hottest show on television for the past several years and is now looking to land an artier type of film role. They are both pretty smitten with the same person – and that person just so happens to be Henry.

I guess this was a literary version of a book about obsession???? I obviously wasn’t smart enough to get it. All I know is there were a lot of words and descriptions of things, places, feelings, etc. but pretty much nothing ever happened.

1. If a blurb leads me to believe I’ll be reading about a stalker, I pretty much want to be in the head of said stalker. Being introduced to Kristin only to have her go poof almost instantly and not reappear until the SIXTY-SECOND PERCENT mark was a bummer; and

2. There is never going to be a character so in love with himself or with such a desire to be famous and seen than Maurice in A Ladder to the Sky. This was just a case of bad timing and I apologize to Adam Foulds for not being able to fully appreciate whatever he was trying to offer up with Henry.

I really didn’t enjoy this at all, but am giving it 2 Stars rather than one because I truly believe there is an audience for this book. Sadly, I just don’t seem to be a part of it : (

ARC provided by NetGalley in exchange for an honest review.
Thank you, NetGalley!
Posted by Kelly (and the Book Boar) at 8:36 AM