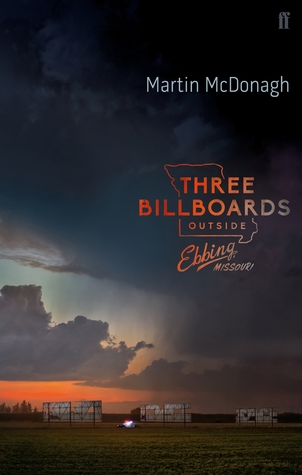 Being that I’m a hermit, I can’t say I’m much for movie going. I can’t say I’m much of a television watcher either and when I do sit down in front of the boob tube to partake in some Househoes of Any City on the Planet highly educational program viewing, it’s usually on the DVR so I don’t even see commercials or film trailers. Occasionally my buddy Ron 2.0 or my husband point something out to me. Such was the case with Three Billboards and my husband shoving his cell phone in my face quite awhile back. I responded in my usual loving manner . . . .

Until he finally convinced me to just STFU and watch what he was showing me.

When I saw an update that someone was reading this “book” I continually begged the library to buy a copy of it until they finally broke down and did just that. Little did I know that it was the screenplay. If you don’t like screenplays, I can’t guarantee you’ll like this. If you’ve already watched the film, there is literally ZERO additional info in this book as it is the film in written format and that’s all it is. But if you’re like me, you only know what was provided to you in the trailer. Those things are that it features some of your absolute favorites that you have loved since she was a very pregnant police chief . . . .

Or when he performed a song that has followed you to middle-age . . . . 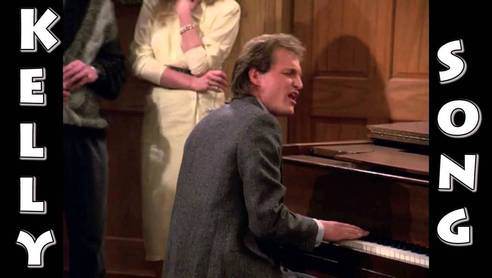 (And that’s just the tip of the iceberg when it comes to the acting.)

You knew the dialogue was absolutely your cuppa . . . .

And that despite the “three billboards” storyline, you’d still have the occasional chuckle . . .

What I wasn’t expecting???

Ugly crying in front of everyone on my lunch hour?????