Apparently 2018 is going to be the year where I read all the things I don’t typically choose to read because generally when it comes to books that fall under the “Historical Fiction” umbrella I’d say . . . .

Either that, or it’s the year that it officially is confirmed that . . . . 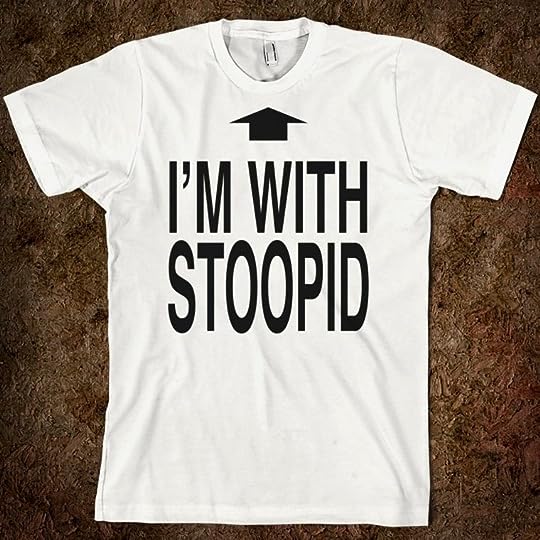 Because not only was this Historical Fiction that I really liked, but apparently it was also the story behind the inspiration to Lolita (which I read waaaaaaaay before GR (like in the stone age) so maybe there’s an excuse for me not remembering the “And the rest is rust and stardust” quote - also if you’re curious about the 3 Star rating I gave, it came from not being a fan of Nabokov’s prose since I read this when I was young and even more stupid, but now that I am old (and also kind of a psycho) I think I should give it another try because I’ll probably love it).

But anyway, back to the book. There’s not a whole here to tell. Rust and Stardust is the fictional take on what happened in 1948 to young Sally Horner – an 11-year old girl who is stopped by an “FBI Agent” while shoplifting in order to get in with the in crowd and becomes his captive for the next two years.

I’m really not sure what others will think of this one, but I was completely fascinated – maybe more so than other readers will be since I had zero knowledge of this case prior to beginning. If you’re curious about any potential “shock and awe” factor I will say that the brutality is done in a fade-to-black style so you won’t have to experience any gory details. The truly horrific factoid is that Frank LaSalle, the perpetrator of this atrocious crime, had just been released from jail for raping FIVE other little girls between the ages of 12 and 14 and before that he had not only kidnapped another girl, but ended up married to her and they had a baby! (And THAT is the case that reminded me of Lolita waaaaaaaaay more than this one. I would read the shit out of Dorothy Dare’s story.) Rust and Stardust is presented with chapters from TONS of different viewpoints – not only Sally, but also her mother and sister and brother-in-law and schoolmates and teachers and neighbors and on and on and one. This worked for me throughout the duration of Sally’s captivity, but leads to my one complaint: The ending needs a heavier-handed editor who is willing to take the scissors to this sucker and leave all the excess on the floor. EVERYONE’S story gets wrapped up which is completely unnecessary. It should not be forgotten that this was SALLY’S story. All the other characters were just helping to tell it. Oh and I can't forget to give a shoutout to that cover. You won't understand it until nearly the end of the book, but WOW. Perfect.

Many thanks to my friend Meow for turning me on to this title. I try my best to stop my crack-addict-style-of-clickery over at NetGalley, but rely on my GR friends to point me toward the good ones. That’s what happened here.

ARC provided by NetGalley in exchange for an honest review. Thank you NetGalley!
Posted by Kelly (and the Book Boar) at 10:24 AM