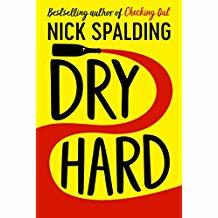 Dry Hard left me in a bit of a conundrum. I knew going in this was a book that wouldn’t be for everyone since it was about a married couple who were functioning alcoholics so I was really expecting some dark humor. What I wasn’t expecting was the first 25% to be full of over-the-top slapstick comedy such as . . . .

Deciding it would be a good idea to DRIVE A TRACTOR (while having zero experience as a farmer) through a wedding reception;

Deciding it would be a good idea to OPERATE A PROFESSIONAL FIREWORKS DISPLAY (while not even being a closet pyromaniac let alone a licensed professional);

Pretending to boff the Christmas tree and then adorning the lingerie purchased for the Mrs. in an attempt to prove it wouldn’t make her look like a prostitute as she suggested.

^^^The last one served as the catalyst (via a viral video) that made the duo decide to try and give up drinking for a year.

It’s also where the book took a strange turn and went from this . . . .

Didn’t see that one coming! Yes, the underlying tone of this book most certainly is one that attempts to inform the masses that social media (You Tube and its vloggers in particular) may be what eventually leads us to . . . .

There’s a very good chance readers will need to see Shelby in order to pick up . . . . 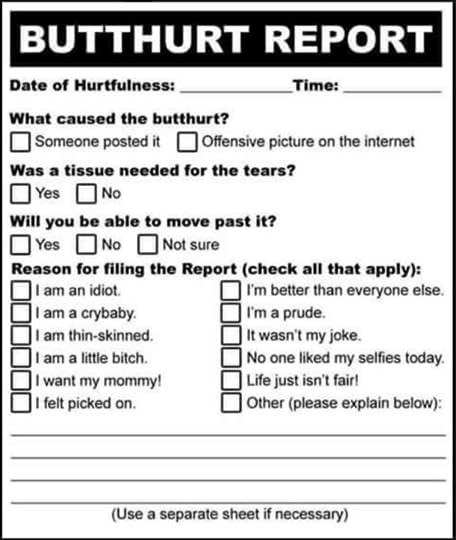 (Don’t forget to fill them out in triplicate.)

I think I need to give this author’s other book a shot to see what I really think about his stuff because this one was a mixed bag for me. Good news is it costs zero dollars on Kindle Unlimited so if you have that you won't be out anything by picking it up.

ARC provided by NetGalley in exchange for an honest review. Thank you, NetGalley!
Posted by Kelly (and the Book Boar) at 9:59 AM