The Kissing Booth by Beth Reekles 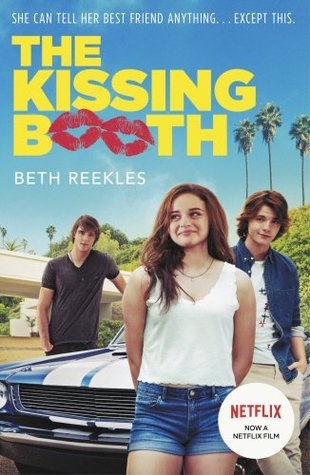 I would give that cat every single one of my dollars.

Now let’s get on with the show.

When nearly every minute of your life serves as a reminder that . . . .

Sometimes you need a little story like The Kissing Booth to help you feel like a kid again. Imagine my surprise when I discovered this was written by a kid. A 17 year old to be exact and she actually wrote it unlike just slapping her name on it like the trainwreck which was Girl Online. Hell my nearly 17 year old kid still can’t figure out the difference between there, their and they’re so this little gal gets serious kudos.

The story here is simple – girl and boy (Elle and Lee) have been best friends literally since their birth (on the same day, in the same hospital). They’ve maintained their friendship throughout the years by always following a simple set of rules – the most important being that Elle’s crush on Lee’s brother Noah would remain unrequited for eternity. But when the school carnival rolls around and Elle and Lee find themselves running the most popular booth of all, things start going a little sideways . . . . .

Which leads to Elle and Noah to following the sage advice of one R. Kelly . . . .

Ha! But seriously, they decide to keep it on the down low.

What can go wrong, right?

If you grew up on John Hughes movies and are not a member of Generation Butthurt, you might find this enjoyable as well. Or you can make me morph into Mallory Archer and want to scream at you . . . .

Because you refuse to stop being obstinate long enough to attempt to understand the points Beth Reekles was trying to get across. Since I don’t words so good, I got what she was putting down just fine and appreciated her efforts of including a character with some anger management issues as well trying as to educate via humor about sexism. I thought this was adorable . . . .