Good Me Bad Me by Ali Land 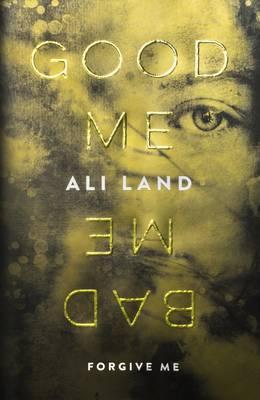 “I don’t find the idea of people or children hurting and killing each other upsetting. I find it familiar. I find it is home.”

“Forty-eight-year-old Ruth Thompson was a popular member of staff at the women’s refuge where she worked. Employed as a nurse counselor, she was the main point of contact for the scores of frightened women and their children who were in hiding … Following her arrest, the bodies of eight children were discovered in the cellar of the house and a ninth found in the so-called playground.”

When I found out this was about a girl whose mother was a serial killer I was like . . . .

And when Millie was removed from her mother’s home and placed into foster care only to find herself faced with a real mean girl of a foster sibling I was like . . . .

The only gripe I have? After recently finishing the very "skillet to the face" type of Young Adult novel which was Living Dead Girl, I would have marketed this as YA as well. It earns 4 Stars because I’m pretending it was (it would probably be 3.5 otherwise). Be warned if you are an avid thriller reader that this one may not have all chills and thrills you need to satisfy your stabby side, but it definitely has a lil’ summin’ summin’ . . . . .

“You’re the spit of your mother, they used to say at the women’s refuge you worked at. That’s what I’m afraid of.”
Posted by Kelly (and the Book Boar) at 7:00 PM