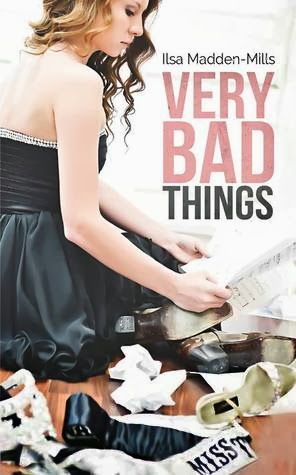 Nora is a rich girl who had some “very bad things” happen to her. I could spoiler alert all of you, but seriously, if you’re watching a dirty movie, you kinda know that the pizza guy is there to deliver more than pizza, right? Same with this book – there’s a big flashing neon light that says Nora was a victim of some brother-lovin’ that has her seriously f’d in the head. Feeling there is nothing left to lose, Nora decides to become the polar opposite of her ivy-league bound, beauty pageant winning image and makes a “bucket list” of sorts containing items such as drinking, drugs, tattoos and meaningless sex. When she meets Leo she feels an instant connection and is willing to change her plans of self destruction. However, Leo doesn’t seem to share her feelings.

Disclaimer: If you are a lover of the romance novel, this could very well earn a 5-Star rating. I’m a big fat meanie when it comes to the rating system, and just can’t allow myself to give an average book more than an average rating. However, I will say that Very Bad Things was just what I wanted to read at the moment and I tore right through it.

As I said, this one earns its 2.5 Stars by being a fairly well written romance that actually had a decent plot and very little “brown-chicken-brown-cow”

moments (just the way I like it). I seriously debated knocking it down half a star for the lame series name (“Briarcrest Academy”) that has almost NOTHING to do with the story, but I was nice. Nora is a Senior, who barely attends class, has an object of desire in the form of a schoolmate’s older brother, and the majority of the action takes place in the neighborhood where said leading male owns a gym and Nora’s aunt owns a bakery. I was expecting a story about poor little rich girl turned naughty at her hoity-toity school (like really naughty – I thought this was a “make me blush” kind of book), but that wasn’t the case at all.