The Coldest Girl in Coldtown by Holly Black 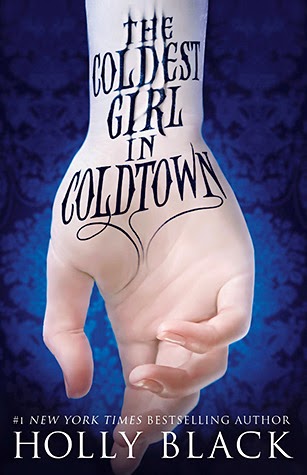 Tana wakes up after attending a party and finds herself surrounded by dead bodies. Although vampires mainly live in secure cities called “Coldtowns”, it seems some either escaped or were rogue to begin with and had themselves a feast while she was passed out. The only other party-goers still living (????) are Tana’s bitten-but-not-yet-turned ex, Aidan, and a chained up vampire named Gavriel.

Well, that’s the synopsis. It’s been quite a long time since I delved in to the world of the undead and this one had me turning the pages. Tana seemed kinda kick-ass. There was a lot of action. The plot started off really fresh. The vampire scenes were awesomely bloodbathy and gross. And then . . . well, then it fell victim to the age-old girl hates vamps/girl is going to fight vamps/girl kills some vamps/girl falls in love with vamp. And of course she falls in love with him in like a nanosecond and he’s her soulmate and she just knows everything that’s in his heart and mind and

Basically, The Coldest Girl in Coldtown ended up being pretty much what I expected it to be, but hoped it wouldn’t. Except for the all-night vampire dance party that broadcasts on the internet. I would never have dreamed up that bit.

It earns its 2.5 Stars because it is well written, had a lot of potential, and is way better than some of the other vampire books out there (*cough* Vampire Diaries *cough* - talk about a TV show that’s way better than the books). I just really wanted this one to go in a different direction than was Holly Black’s plan.
Posted by Kelly (and the Book Boar) at 11:16 AM