The Girl You Left Behind by JoJo Moyes 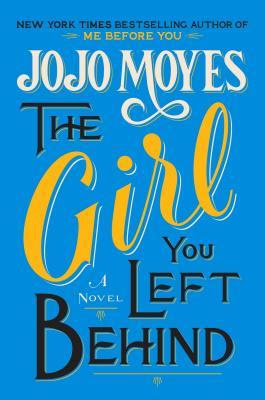 It’s WWI and Sophie’s husband (painter Edouard) has left to fight in the war. Sophie moves back to her family’s hotel during his absence, which has now been occupied by the Germans. In an effort to maintain some semblance of normalcy, Sophie has kept a portrait of herself, painted by Edouard, hanging on the hotel wall and the local Kommandant has found himself drawn to this woman. Sophie will offer everything she has to become this woman once again for the Kommandant in hopes of reuniting.

Fastforward almost 100 years to recent widow Liv. Sophie’s portrait was purchased by her late husband as a wedding gift for his new bride. Now an organization whose task is to recover artwork stolen from family’s during war times has discovered the painting and wants to give it back to the rightful owner. Much like Sophie, Liv will find herself risking everything in order to keep the final piece of her husband in her possession.

I’m fairly certain this will be the review that gets me some enemies. Sadly, I just didn’t feel this novel at all. I had no choice but to compare this to "Me Before You" which maintains its ranking as one of my favorites this year. "The Girl You Left Behind" just didn’t have the same kind of life. In what should have been a book that could have sent my emotions reeling (WWI, sickness, starvation, death, capture, loneliness, bankruptcy, etc., etc.), I just felt . . . . . . . nothing. The WWI story seemed like I had read something similar before one too many times and Liv’s story felt underworked. Some parts were rambly, others too brief. The back-and-forth time changes seemed out of place with over 100 pages devoted to telling Sophie’s story while you wouldn’t even know Liv existed if you had not read the book jacket. This is followed with a snippet of Liv’s story before jumping back 100 years once more. Some more time on the editor’s desk might have helped me enjoy this one more, but I think it would still be 3 stars max.
Posted by Kelly (and the Book Boar) at 10:27 AM