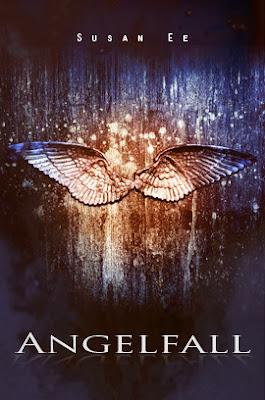 3.5 Stars
Six weeks ago angels fell upon the Earth and changed human life forever.  Unfortunately, the angels were not there for the rapture of the “saved” – they were there to take over the world and eliminate the people.  Penryn, her mentally ill mother, and her crippled little sister Paige have survived the new world order of angel attacks and newly formed street gangs by hiding in their abandoned condominium complex and scrounging up whatever meager food rations they can find.  When supplies run out and the three ladies are forced to relocate, the unthinkable happens – Paige is kidnapped by a band of angels.  Penryn will do anything in her power to track her down, even if it means teaming up with an angel.
Angels and resistance movements and frankencreatures, oh my!
I had never even heard of this book, but with the release of World After there was a crap-ton of hype surrounding the series so I bumped it to the forefront of my “to read” list.  What can I say: 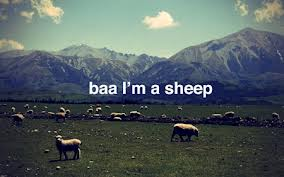 I also made a statement after finishing the Divergent series (only to realize I had wasted waaaaaay too much of my time on what ultimately culminated in an utter poo-fest), that if I chose to read a second book in a dystopian series ever again people could punch me in the face.  Well, line up kids 'cause it’s Slapsgiving.  I will definitely be reading World After and will accept any cyberpunches that you want to throw my way.
Although it may not have lived up to alllllllllll of my fangirly-freaky-outy expectations, this was a tasty little book.  Just the right length with a gruesome touch that I haven’t seen in YA books.  Of course there are moments that are completely far-fetched.  Most people, while on a time sensitive hunt to find a lost sibling, would not find themselves distracted and lusting for the rippling abdominals of one of their arch enemies.  However, in times like these I find it best to follow the sage advice of Adam Sandler and “just go with it”.  I’m fairly certain Susan Ee didn’t expect to win a Pulitzer – she just wants her audience to have fun.
Plus, all the cool kids are reading it ; )
Posted by Kelly (and the Book Boar) at 9:08 AM