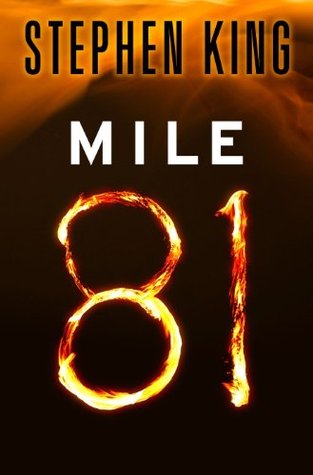 I give up. After having a very not-so-great time with ‘salem’s Lot last week I thought the easiest way to turn my frown upside down was with a newer Stephen King and a nice little shorty that’s been popping up on my recommendations list ever since I enjoyed (definitely not the right word – can you truly enjoy something that makes you dry-heave??? – so let’s change that to “high starred”) In the Tall Grass.

To say I did not enjoy this would be a severe understatement. It was so bad it was nearly embarrassing. It was also very apparent that poor Uncle Stevie might have grown a little out of touch when it comes to . . . I was gonna say kids/what they like to do/how they talk, but then I remembered he also included an adult character who advertised her gayness in the form of a big ol’ pink gay bumper sticker so he might just not be awake period . . . . .

Whatever the case may be – me having back-to-back negative reactions to The King has been awkward to say the least . . . .

I’m all for a gory good time and 80 pages of bodycount, but the car thing has been beaten to death by you Stephen. And the big “alien” reveal? I can only assume this happened sometime in your past for it to be your preferred fallback crutch . . . .