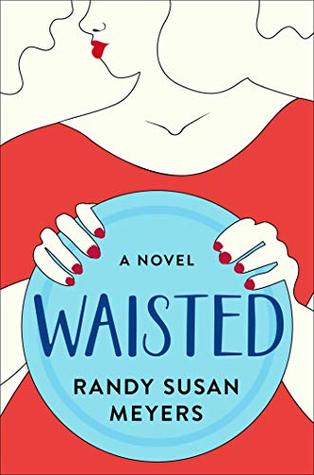 I have to confess I wanted to read this simply out of morbid curiosity. Despite my addiction to terrible reality television, the one thing I’ve never been able to stomach are weight loss shows. I’ve never understood why someone would subject themselves to “motivation” like this . . .

What the reasoning (aside from public humiliation) behind being weighed wearing things like this could be . . . .

And how in the hell 90% of the participants would ever be able to keep the weight off when not living in a controlled environment with a personal chef, no McDs/Taco Bell available, no job to go to or kids/spouse to deal with and working out umpteen hours a day . . . .

Those shows just depress me. Buuuuuuuuut, as a fat woman, I’m still fascinated by new and notable releases that feature fat women. Especially when the premise is to address the pink elephant in the room head on . . . . .

This is the beginning of our experiment. What would these women do to lose weight? Would they degrade themselves? We knew the answer immediately. The next question was this: How far would they go?

And let me tell you, this author really delivered some real wallops in the form of letting you into the mind of a heavyset person . . . .

How are you supposed to understand. That I think about my body every minute? That I worry about my thighs more than about the state of the world?

Everyone hated a fat woman, but none more than she hated herself.

Clothes made the woman. Naked made the shame.

Like the smuggest of men, the scale mocked her. Scales seemed so damn masculine, particularly the machines in doctors’ offices, standing above her with their air of superiority, their broad shoulders meant to keep her in place, the metal scornful as she stepped on, smirking when the numbers settled.

Not everything has to include man hating. FFS, dudes aren’t the ones who have been buying Cosmo all these freaking years. We women do a pretty good job all on our own fat shaming each other.
Posted by Kelly (and the Book Boar) at 7:30 PM