The Family Fang by Kevin Wilson 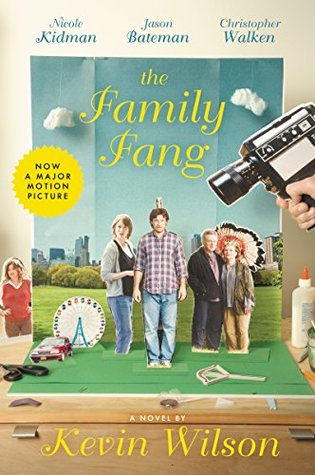 I’m surprised more than anyone that I’m not giving this 5 Stars automatically.

Anywho , Annie and Buster were raised by performance artists. Back before anyone could be famous via the interwebs, Caleb and Camille Fang made an art form out of creating public spectacles starring their family. Now siblings A&B are (not-so-well-adjusted) adults with a bit of a crisis on their hands . . . .

“This morning, we found your parents’ van parked at the Jefferson Rest Stop on I-40 East, just before you head into North Carolina. Near as we can tell, the van has been there since the previous evening. We are . . . concerned about their whereabouts.”

Is it real? Or is it an attempt to get the whole gang back together again?

This is the second book I’ve read this year which can only be compared to one particular person . . . .

If you like your dysfunction in the form of weirdos, The Family Fang is sure to be a winner. And if you don’t want to read it? Well, go fuck yourself - Ha! Just kidding. There’s apparently a film version you can check out.
Posted by Kelly (and the Book Boar) at 7:30 PM