Then We Came to the End by Joshua Ferris 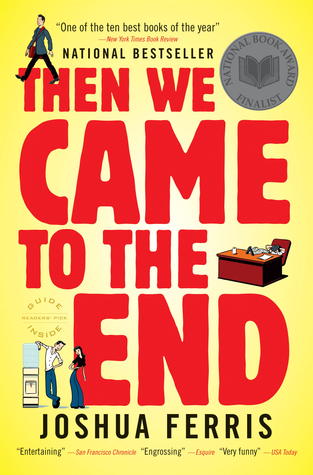 “You guys are sick in the head,” said Genevieve. “Prove it,” replied Tom.

First things first – I would like everyone to notice that little sticker in the corner of the cover of this here novel indicating that it was a National Book Award Finalist proving that I is kind, I is smart, I is important. Okay, maybe not, but . . . . .

Oh wait, I spoke to soon. I have no recollection of how Then We Came to the End wound up on my radar, but I do remember that I requested both library systems to buy the Kindle edition a waaaaaaaaaaay long time ago. We’re talking like two years. When my wish was finally granted, I woke up real early on Saturday morning, made my cup of Starbucks Veranda Blend in the ol’ Keurig and prepared to commence some slothery in the doublewide reading chair. And then for some reason I looked over at the bookshelves . . . . . 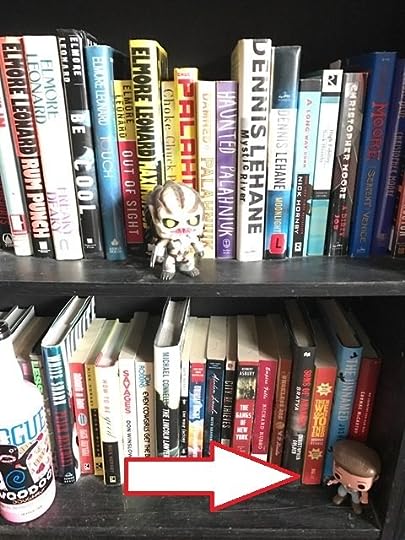 See that red arrow? Yep. I waited years to read a book I already owned. You know what Jack Burton would say about that???? Probably something that would turn my “yay me” into . . . .

So that’s that. Now on with the book.

If you’ve never worked in a large office environment, you may not be able to fully appreciate the near perfection which is Then We Came to the End. But, if you have you will recognize sooooooooo many of your current and/or former co-workers. People like the guy who just got “right-sized” out of his job and is taking the high road . . . . .

Or the guy who knows “right-sizing” is just a fancy term for being laid off/fired and isn’t taking things so well . . . .

(Have y’all seen Falling Down? It’s a pretty good ‘un.)

This was a read that was well worth the wait. Written in a style that won’t be everyone’s cuppa of the “we” (I’m no English major so I’m going to call it first person plural and hope that’s close enough to correct that y’all know what I mean), the tales of pointless meetings, pillaging the offices the recently departed, coffee bar gatherings and cubicle discussions were just like coming to the office for me. Except I’m not smart enough to have ever thought of pulling a Hank Neary . . . .

“Hank Neary was an avid reader. He arrived early in his brown corduroy coat with a book taken from the library, copied all its pages on the Xerox machine, and sat at his desk reading what looked to passersby like the honest pages of business.”

And I’d get fired if I ever said what I really think like some of these guys do . . . .

“What are you doing right now?”

Instead on bad days I passive-aggressively sip out of my favorite Office Space mug in hopes that my co-workers will get the point that I’m this close to pulling a Milton and seeting the building on fire . . . . 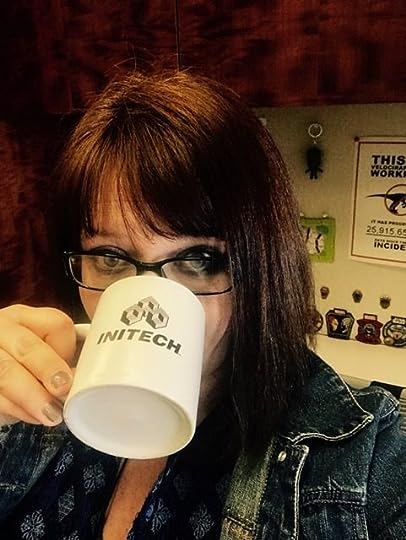 And make all important decisions using my Jump To Conclusions mat . . . . 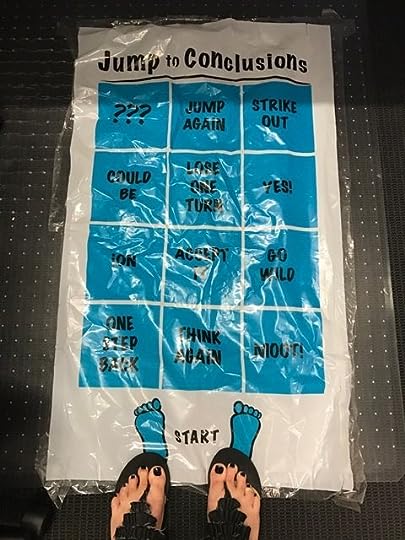 Literally the only thing that kept me from calling in sick today was the fact that we get free lunch for March Madness kickoff. God help everyone if there isn’t cake . . . .