The Female of the Species by Mindy McGinnis

“Define success,” I say almost to myself. “I didn’t kill anyone today,” Alex says.

I quickly dismissed the idea of adding The Female of the Species to my TBR when it came out due to the first line of the blurb declaring that it would be a “novel that examines rape culture through alternating perspectives.” Now before you get your knickers in a knot, please hear me out that it’s not the theme itself that turned me off, but the inclusion of the very-much-overused-and-very-often-used-incorrectly term “rape culture” which on social media generally makes me say . . . .

(Just take a look at some of the low star ratings and what things pissed some people off if you doubt what I’m saying. )

But then it kept popping up from friends reading it and they all liked it and were of waaaaaaay different demographics so I figured what the hell. And in the immortal words of one Gomer Pile . . . . .

Because I freaking LOVED this sucker. The story here is about a group of high schoolers and the goings on that take place in their interpersonal relationships during their senior year. If you don’t like things dark, stay far away because this sucker focuses on the pitch black of teenage life. Characters include good girl Peekay (“Preacher’s Kid”), her ex-boyfriend Adam, his new girlfriend Branley, her ex-boyfriend Jack and his new girlfriend Dexter Alex, who just happens to have a little secret . . . . 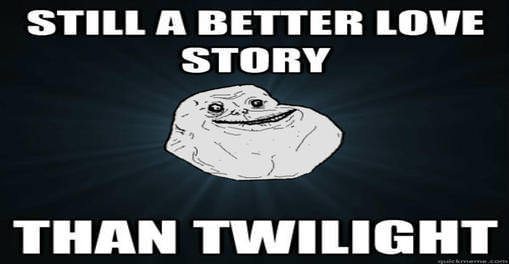 This one hits you with truthbombs like a frying pan to the face . . . .

“It doesn’t matter. What you were wearing. What you look like. Nothing. Watch the nature channel. Predators go for the easy prey.”

And completely breaks your heart . . . .

“I don’t know how anybody can stand it. … All I have is a scratch,” I explain. “One little, tiny . . .” I break down again. Because it’s not just a little tiny scratch, and I know that. The softest parts of my skin are under a stranger’s dirty fingernails, my DNA embedded there along with fast-food grease and his own dandruff. Some of my cells are with him right now and I don’t want them to be. I want them back. I want them all right where they belong and I can’t even imagine if it were the other way around . . .

The writing is absolutely stunning at times . . . .

“It’s not the sheep that call to me, but the other wolves. I want to run with them, so that I may tear out their throats when they threaten my flock. But I can’t return to the sheep with blood on my breath; they will shy away from me.”

And amazingly enough occasionally made me laugh out loud . . .

She raises an eyebrow. “Is that okay?”

“There’ll be so many people there no one will know either way. We can’t talk here. . . . She might throw her drink in your face.”

“Then I’ll kill her. Kidding. I have criteria.”

I don’t know what else to say. I dig Young Adult books that confront important issues head-on and boy does this one. 4 Stars rather than 5 due to all of the animal stuff. While I think I understand the point/symbolism/what-have-you behind it, that will be a turn-off to many readers and the book could have easily left all of it on the cutting-room floor.