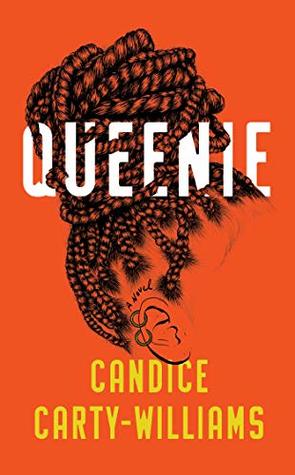 Let me make sure y’all have some things straight before we get started. I am not a 20-something. I am not black. I am not single. I am not British nor am I of Jamaican descent. And yet somehow when it came to this book . . . .

The jumping off point to Queenie’s story might ring a bell to many of you as it derives from a timeless classic . . . .

Except, you know, this show actually has black people in it.

The tagline for Queenie states it is Bridget Jones meets Americanah - a book which I have not yet read, but do own because . . . .

So while I can’t speak for the second, I actually am one of the few it seems who can see why the comparison was made to the first. As mentioned above, Queenie’s story begins with her “taking a break” from her relationship with her live-in, three year long relationship with her boyfriend Tom. You then follow her as she moves physically from a shared flat to eventually back home with her grandmother and as she moves psychologically from a mindset full of self-sabotage (mainly of the horrifying casual sex variety) to admitting she needs some mental help and coming to terms with the upbringing that helped propel her poor decision making.

I loved Queenie – despite all of her flaws. She was a little Bridget Jones . . .

“Thanks. I bought it myself.”

And since I have not yet read Americanah, I’d say another fair comparison might be a little Eleanor Oliphant . . . .

“Ahhhh, but at least I had my pride.”

Maybe I’m a wrongreader once again, but I think if people can get past the dark backstory and the graphic descriptions regarding Queenie’s bad choices, you’ll find she’s a character a lot of young women could relate to. If nothing else, we could all stand to learn that . . . .