Two for the Dough by Janet Evanovich 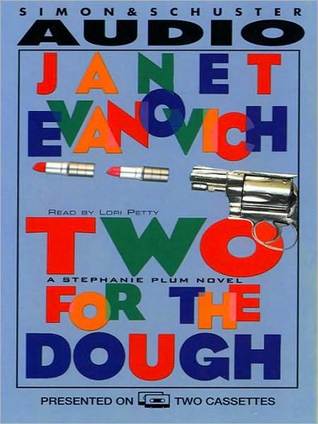 Saturday I had to take the oldest boychild on a three-hour trek to play some ball in Middle of Nowhere, America. Guess what else happened to be right around three hours? For anyone out there chomping at the bit to say . . . .

I’m already well aware. This is my second go ‘round with Stephanie Plum, only this time I’m doing it via audio. It is true that Janet E. eventually began to follow a formula for later books in this series, but at #2 she hadn’t jumped the shark just yet. Two for the Dough has Stephanie tackling a case of missing economy caskets for Stiva’s funeral home as well as some “cop killer” bullets. An absentee Lula might lead superfans to scream . . .

But remember, this one is from way back in the day when Evanovich probably thought there would be an eventual end to the series and was trying to write these things in real time so Lula would still be recovering from book #1. Also note if Evanovich hadn’t changed this approach we’d be reading about a 50-year old Stephanie still debating about having a baby with Ranger or Morelli or chatting it up with a decomposed Rex the 30-year old hamster. While this was missing Lula, it had plenty of Grandma Mazur to make up for things . . . .

I’m handing out 4 Stars. Two for the Dough didn’t disappoint the second time, it’s fun to remember when these actually attempted at a plot and Lori Petty’s narration was again perfection.
Posted by Kelly (and the Book Boar) at 7:30 PM