Hush Money by Robert B. Parker 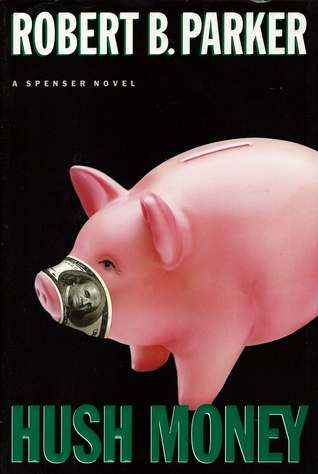 This didn’t even make it to my “Currently Reading” list. What an idiot! Anyway, Hush Money was a currently reading . . . or rather listening to . . . selection of mine about a month ago. Full disclosure: I had no clue that these books were actually this . . . .

Full disclosure #2 – I also didn’t really watch Spenser: For Hire. It was more like background filler while I played Barbies and waited with bated breath for my types of shows to come on. You know, real classy stuff like Dallas, Dynasty or my favorite: Knots Landing.

If you’re wondering how I came across this series and decided to start at the ripe ol’ number of 26, there’s a simple answer . . . .

You see, Burt Reynolds died and I was about as bummed as I can get about a stranger’s passing so I went to the library and searched his name. There ended up being a waiting list (natch) for But Enough About Me, however a couple of these Spenser stories popped up as options due to Burt being the narrator. And what a narrator he was! A different (and more importantly) believable voice for each character, his easy charm simply oozed through my speakers and was the perfect fit for both Spenser as well as Hawk.

The story itself wasn’t too shabby either. A dual “whodunit” (both of which happen to be of the pro bono variety) featuring a potential sex scandal ending up with the suicide of a young gay man taken on as a favor to Hawk - along with a stalking case brought by Spenser’s long-time girlfriend Susan. I’m pleased to say this has aged quite well, since it is nearly 20 years old. I’m sad to report it could have been written today as far as case #1 is concerned.

In the strangest variety of coinky-dinks I followed a fellow named Ace Atkins because I am smitten with all things David Joy and ol’ David seems to pal around with Ace a tad. Imagine my surprise when I discovered several months later that it is Atkins himself who picked up Robert B. Parker’s fallen pen after he passed and has continued on with this series. Add on to that an apparent revamp of the program via way of Netflix starring Marky Mark (wearing more than underpants and without his Funky Bunch) is in the works. Talk about timing! I highly doubt that I will go back to the beginning of this series, but I will be listening to at least one more as the library has it and once again it is read by Burt.
Posted by Kelly (and the Book Boar) at 7:30 PM