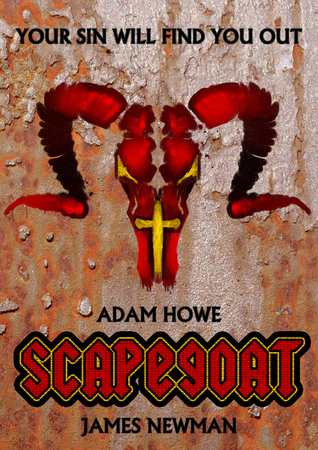 For Lonnie, Mike and Pork Chop this road trip was simply supposed to be a little boys’ getaway and a chance to experience some firsthand . . . .

The beer was flowing, the tunes were playing, the counterfeit easy-shred Hulkamania T’s were ready for selling, there was a tag-a-long hot piece of ass in the former of the local bar fly. They were even riding in style in a Gen.U.Ine. R.V. . . . . 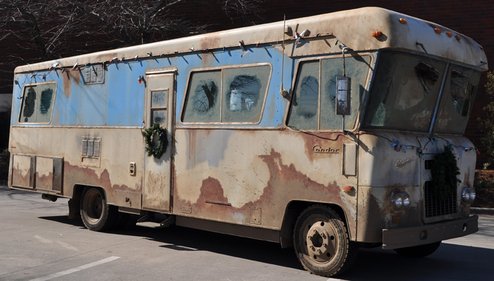 It was great . . . until they ran over a nekkid chick while attempting to short-cut it through the backroads followed by a crossbow bolt through one of their tires. You know what that means, right????

Nope. Something even more terrifying . . . .

Now the boys (and girls) need to channel their inner CCR ‘cause these suckas are gonna have to “run through the jungle.”

You can take this “review” with a grain (or mountain) of salt if you like. At this point it's obvious I’m an Adam Howe fangirl. I won’t even get into Mitchell’s relationship with him because I’m fairly certain it’s illegal in at least 47 states. All I’m going to say is if you are looking for some gory good times this October jam-packed with action, humor and some twists and turns that make this not-your-average “lost in the woods” slasher story, Scapegoat is getting released right on time.

ARC provided by Honey Badger Press in exchange for an honest review.
Posted by Kelly (and the Book Boar) at 7:00 PM