Dare Me by Megan Abbott 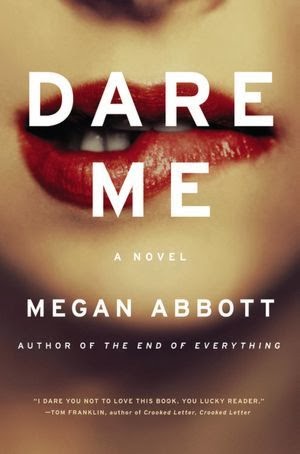 3 Stars
Beth and Addy rule the school – and their cheer squad – with Beth as captain and Addy as her faithful second. When a new coach gets hired who wants to take their pop-n-locking squad to another level, and not let Beth reign as the H.B.I.C., Beth and Addy find themselves growing apart and each headed down a dangerous path.

Ugh. I feel like I’m being unfair to this book because it was perfectly fine. It just didn’t go the way I thought it was going to and I think my way would have been better. When I go for a dark story I like it dark. Even if it’s about teenagers.

I knew better than to expect something like this

but I was hoping for something more like this

Even with it not being as dark and seedy as I had hoped, it was still a good, quick read. For all of the comparisons of various authors and books to Gillian Flynn, this is the closest I have found. I’ll definitely be checking out more of Megan Abbott’s books in the near future.
Posted by Kelly (and the Book Boar) at 11:24 AM