The Wife Between Us by Greer Hendricks and Sarah Pekkanen 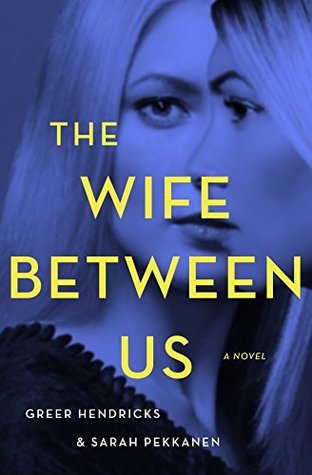 In an effort not to spoil this one, I’m gonna go ahead and channel my inner Will Smith and just get .giffy wit it . . . . .

Soooooo what can I say about The Wife Between Us? Well, I can start with the fact that this ARC has probably been on my Kindle for a year and a half, but I actively avoided it after seeing more and more mediocre ratings from friends. I decided to finally give it a go after this duo’s second release began inundating my nerd feeds just like this one had. While reading the first 40% I kept thinking I liked it better the first time I read it when it was called The Girl on the Train, which isn’t saying much . . . . .

And then some stuff that was mentioned waaaaaaay early on ended up getting mentioned again and it was pretty clear that at least one of the authors was like . . . . .

For real. I mean I know I was supposed to hate the husband, but at this point I wanted the wife dead too.

And then there was another reveal for the big shock and awe ending . . . . .

I think I have a problem with writing teams when it comes to thrillers. The characters don’t ever seem to get fleshed out, the timeline is consistently wonky, what you are lead to believe are important details either get forgotten for hundreds of pages or thrown by the wayside entirely and the twists and turns become a game of “anything you can do I can do better” which results in a final Kelly and Mitchell reaction of . . . .

ARC provided by NetGalley in exchange for an honest review.
Thank you, NetGalley!
Posted by Kelly (and the Book Boar) at 9:34 AM