How Not to Die Alone by Richard Roper 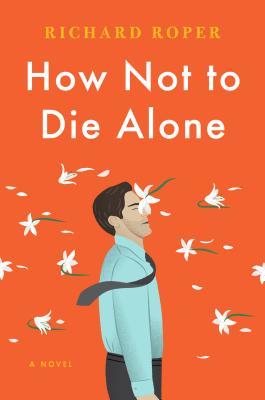 What a pickle this book has left me in! I should have hated it because it contained my (maybe only) dealbreaker plotline – one that 99.99999% of the time makes me . . . .

Since I received an early copy, common courtesy says not to divulge too much and ruin things for everyone else. Buuuuuuuuuut, Imma do it anyway because I don’t think it’s fair for readers to spend their dollars on books that they didn’t know contained subject matter that they would have steered clear of if they known about it, and I don’t think it’s fair for authors to get blasted with 1-Stars due to readers picking up something they should have never touched with a 10-foot pole. But first, let’s briefly go over what this book is even about, shall we?

How Not To Die Alone focuses on 42-year old Andrew. Andrew works for the council as an organizer of “pauper’s funerals.” When someone dies with no apparent next-of-kin, it is Andrew’s job to sort through their homes (no matter how Hoarder-y or disgusting they may be) in search of contact information for any long-lost family or friends (or at least some stashed cash to help cover the burial costs). It’s a perfect fit for Andrew as his job provides plenty of time away from the office and less interaction with others – which is great when you accidentally created a fake wife and children due to not paying attention during your interview (years ago) and failed to ever correct said accidental fib. All that changes when new trainee Peggy is hired and assigned to job shadow Andrew. Funny, friendly, and full of life, Peggy makes Andrew see things in a whole new light.

Okay, so the thing that a lot of people are going to take exception to (myself included) is Peggy is married and has children, but is, at minimum, emotionally cheating on her spouse throughout the duration of this book (not to mention despite Andrew’s family being imaginary, as far as everyone is concerned he’s married too). I’m telling you I’m just not okay with some things. Married co-workers grabbing lunch together during the workday is questionable enough for me when there is clearly a sexual chemistry between the two, but going out to dinner sans spouses? Hell nah. That’s a date, bro, and also known as grounds for divorce. Maybe I'm just old fashioned, but I also think I'm the target demographic for this book and have a sneaking suspicion I'm not the only one with antiquated beliefs who will be interested in checking it out.

But here’s that pickle I mentioned. I still loved this book. I mean, yeah I put it down/took a breather several different times and was very happy my husband wasn’t around to see the R.B.F. to the nth degree that was occurring as Andrew and Peggy’s relationship evolved, but at the end of the day the blurb was spot-on. This absolutely was “darkly funny” and “life-affirming” and, despite there being DOZENS of taglines on books out there saying they are “for readers of Eleanor Oliphant Is Completely Fine,” this one might actually fit the bill. I fell in love with Andrew and Peggy and the end result????

ARC provided by NetGalley in exchange for an honest review.
Thank you, NetGalley!
Posted by Kelly (and the Book Boar) at 9:25 AM