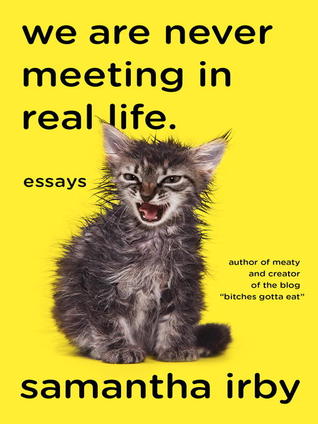 Sick of me yet? If so, I don’t blame you. The Goodreads BLOCK button has been conveniently moved right up to the top of the page if you need it.

Anywho, I read this one awhile back but am always looking for something entertaining to listen to during my commute. Samantha Irby’s delivery might not be for everyone, but that’s perfect because I already declared dibs on her quite some time ago. She’s hilarious, crass, dry and droll and that’s what makes her my . . . .

Bonus: Half the book is about some ratchet-assed half dead kitten that was forced upon her and made her life a living hell as it plotted her demise. Samesies . . . . 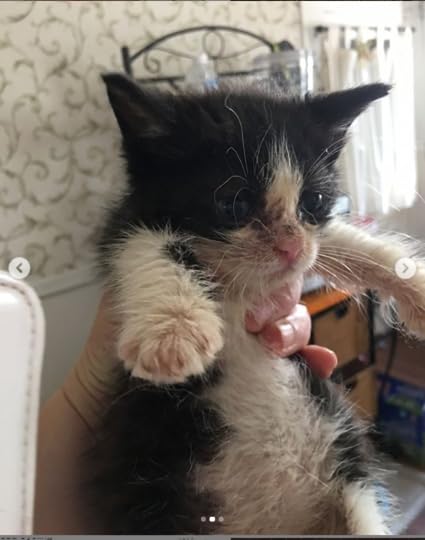 (Photo of The Childish Gambino courtesy of my co-worker/former fostermom/crazy cat lady who forced him into my life and slammed the door before I could throw him back at her. The only thing worse than a bookpusher is a catpusher LOL.)
Posted by Kelly (and the Book Boar) at 8:00 PM