Fruit of the Drunken Tree by Ingrid Rojas Contreras 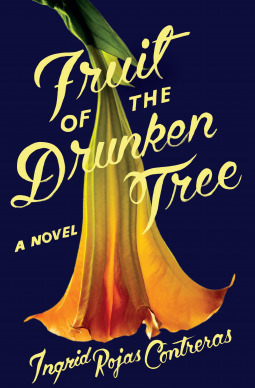 I can’t believe I’m the first of my Goodreads friends to have read this. It seems like it was everywhere for a minute. And honestly? As soon as I saw the words . . . .

I was in. What can I say? I’m a cheap sell and my husband won’t wait for me when it comes to Netflix so there’s no chance I can keep up with Narcos to get my Pablo Escobar fix.

It wasn’t at all what I was expecting since I didn’t read the (way too long) blurb, but it was still pretty amazing. Briefly put, this is the story of Chula and Petrona who are growing up in Colombia during the ‘90s. Chula is a seven-year old who has been born into a life of privilege, living behind the safety of gates thanks to her father’s earnings in the oil industry. Petrona is a young teenager from the slums who has been hired by Chula’s family as a maid. Behind everything in the background is the cat-and-mouse game which is finding Pablo Escobar.

You may find your reading experience to be similar to that of a memoir, and you wouldn’t be wrong since this is fiction inspired by the author’s own upbringing. The story here focuses mainly on Chula, her life and her observations of what is going on around her with entries provided by Petrona about her life away from the estate (Petrona’s story probably would have earned 72 Stars and had me hospitalized from fangirling myself to death). While the writing and language aren’t that of a child, Chula’s view of the world and its goings on most definitely has a childlike naiveté.

I would not hesitate to recommend it to someone who is looking for a different sort of coming-of-age story set in a time and place unfamiliar to many of us that focuses on the where just as much as it does on the what and why and how.
Posted by Kelly (and the Book Boar) at 7:00 PM