The Rabbit Factory by Larry Brown 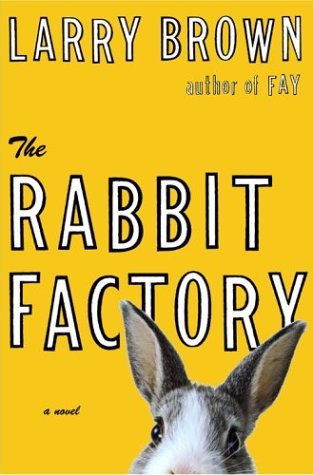 The Rabbit Factory got added to my TBR due to David Joy’s recommendation. I don’t know if you’ve had the privilege of experiencing Mr. Joy’s stuff, but if you like it dark and gritty his stuff tops the charts. I’m a charter member in the Church of Joy and after reading not only his own stuff, but now also his recommendations, I know if he’s passing out the Kool-Aid my response will definitely be . . . .

The library only had the audio version, but that was alright because I listened to this while sitting at this . . . . 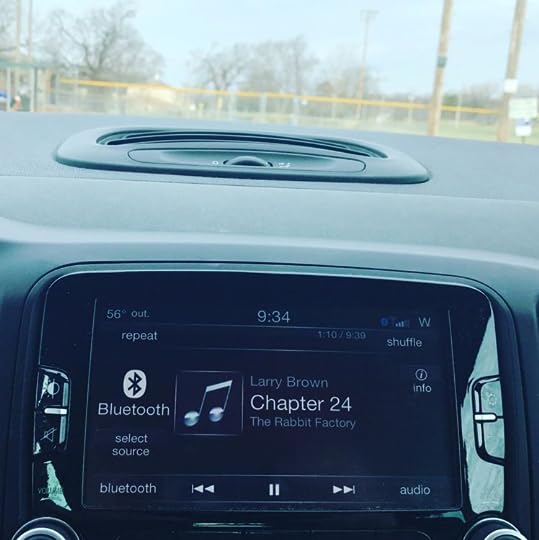 To say The Rabbit Factory is a one-of-a-kind type of story is an understatement. I’ve been racking my brain trying to come up with something to compare it to and the closest thing I can think of is Pulp Fiction, but in the most generic manner possible. There’s 100 chapters and about eleventy-three characters that you follow - some who know some others, some who will interact with some others, some who are just thrown in there to keep you guessing maybe because they don’t have anything to do with the others. None of them are real pillars of society – and some are downright criminals and lowlifes, but when you mix them all together into a story without either a real beginning or ending, somehow it’s magic.

This one gets all the Stars and I’d give it a bonus 5 if I could for Tom Stechschulte’s narration. Simply brilliant. Dick lit at its finest and proof that cyberstalking pays off! Now someone approve me over at NetGalley for David Joy’s new book before I go apeshit on yo ass . . . .