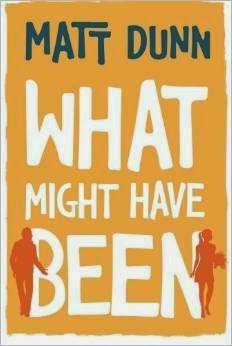 I’m not the type of person who requests an ARC just so I can have an opportunity to shred it to pieces. I don’t have as much free time to read as I would like to begin with, so the books I request are books that I hope to enjoy. Although I’m not a super sappy type of gal, I mix plenty of romance into my reading repertoire – and although I never really like liked What Might Have Been, I was prepared to give it 2 Stars and call it a good day.

Until . . . the same conversation between Evan and Sarah (or Evan and Sarah’s friend Grace) about how one night of passion (followed by the dude leaving the COUNTRY for a freakin’ year) was not just a one-night-stand, but in fact it was the most insta-loviest of all insta-loves and Evan and Sarah were MEANT TO BE TOGETHER, OH WHY OH WHY CAN’T SARAH SEE THEY ARE MEANT TO BE TOGETHER!!!!!!!!!!!!!!. Followed up with the same conversation between Sarah and Evan (or Sarah and her friend Grace) about how she’s engaged to another man, but she’s confused whether she really wants to marry him and he’s kind of a giant jagoff, but she said yes to his proposal and she can’t just not marry the guy even though she doesn’t even like him, right? And there’s no way Evan really knows he loves her because they only had one night together, but it’s totally normal to accept a marriage proposal from a different dude you don’t really care for and have only been dating a whopping THREE MONTHS because he asked first and OHMYGODI’MGOINGTOSTABMYSELFINTHEFACEIFTHEYKEEPTALKING!!!!

After the 17th replay of the same two conversations, I felt like I was reading the equivalent of the background loop on old Hannah Barbara cartoons. You remember that, right? (Say you do even if you don’t so I don’t feel like such a geezer.)

Not to mention the fact that Evan was a musician and I was supposed to probably find him all super sexy kind of like this:

but he was a saxophonist, so the only image my brain was willing to conjure was this:

Which is awesome, but I’m fairly certain most normal girls don’t want to bang Duke Silver like I do. At the end of it all, I think I was supposed to end up feeling all feely like at the end of “The Graduate” (I swear I’m seriously not nearly as old as my reviews would lead you to believe):

but I just ended up feeling like I wasted my time on some bad “Chick Lit” written by a dude. What would that be called? “Dick Lit?” (©Kelly and the Book Boar 2014) Naaaaaah, “Dick Lit” has to be reserved for use when discussing awesome male writers like Leonard or Hiassen. Bottom line – I didn’t like this one, but I hope you do.