The Panopticon by Jenni Fagan 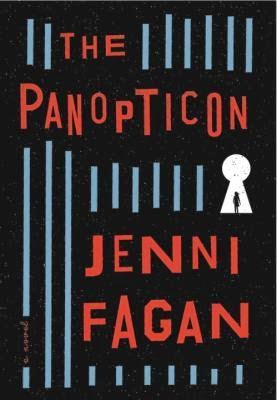 Where do I even begin?


I guess I’m just going to get right to brass tacks here. The Panopticon is not an easy book – either to read or to review. It’s a book that I imagine will have an abundance of both 1 Star and 5 Star ratings and one that many people “won’t get.” I generally hate the use of that term, but since I’m not sure I completely “got” it, I’m feeling it’s probably okay for me to use in this case.

I’ll admit, I was almost lost with the free association style of first person narration. Not to mention the story itself – the story of Anais, a 15-year old girl who was born into the system and has been designated a “Lifer.” It really didn’t help matters to see that Goodreads had The Panopticon classified as a Young Adult novel. With the amount of fucks and cunts and drugs and cutting and rape and death, this was not your typical YA fare.

“Imagine being the daughter of an Outcast Queen, imagine being a daughter! Imagine if flying cats were real and you were special, not just a total fucking no-mark.”

“Imagine Paris. Imagine being born a beautiful, lucky wee girl with a beautiful mum, who I’d met, who I lived with; one who made pancakes, and drank gin, and listened tae jazz. One that loved me so much I grew strong.”

Anais had a real, believable, unapologetically honest-to-god voice and she had so much to say. So many important things that need to be cried out from the rooftops by children who are victims of the system like her . . .


“I’m getting out. I dinnae care how. If I don’t, then I will only ever have been nothing, and no one, and what is the point of surviving this – for that?”

Although the story is easily one of the bleakest I’ve ever read (we’re talking stick your head in the oven kind of gloom), the writing was some of the most beautiful . . .

“Truth is something that laps its way in with the tides, and it returns night after night – until it washes you away. The moon brings it. The tides deliver it. When they leave, the tides steal from the shore. They steal grains and shells and stones. They steal cliffs and rocks and stiles and trees and fields and houses and villages and wee countrified lanes. Then they drag it all out to the bottom of the seabed. The tides won’t stop until they’ve taken everything.”

But don’t say I didn’t warn you. Things don’t pick up. There is no pot of gold at the end of this rainbow . . .


“There is nothing at the end of the rainbow. Not a fucking thing. Fact.”

I spent a good chunk of this weekend (reading 10 pages at a time, because that was about all my fragile psyche could handle) – thinking I’d end up giving The Panopticon a low rating. Today? It’s getting 5 Stars. Why? Because it made me feel things (and it takes A LOT to make me feel things). It also made me accept its status as a book for young adults. Although brutal and horrifying, it’s tells a truth that needs to be told.

(My apologies for the lack of .gifs in this review. Sometimes the books speak for themselves.)

This book was provided by Blogging for Books in exchange for an honest review.