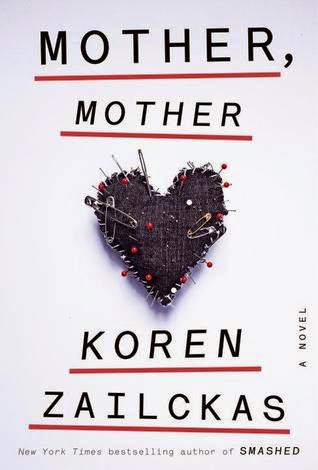 I was so sure this would end up a 4 Star book.

“If only people closed their eyes when Josephine spoke, maybe then they’d hear it: cat-woman crazy, fueled by sadism and bottomless need.”

Ohhhhhhhh, Josie the Soci (as in sociopath) was easily the character I most loved to hate so far this year. Ruling her family with an iron fist – or maybe more like a mental Münchausen syndrome by proxy – she has led to her husband to seek asylum in the bottom of a bottle, her oldest daughter to the arms of a mysterious (and maybe even dangerous) boyfriend, and her middle-child to attempt suicide, resulting in her being admitted to a psychiatric hospital. Josephine’s only saving grace is her son, William, an intelligent boy whose Asperger’s syndrome and epilepsy cause him to be unable to attend school with his peers and instead remain under his mother’s constant care. Or do they?

This book had me hooked pretty much from the start. Writing about so many family members, each with their own story to tell, made the pages practically turn themselves. And boy oh boy do the skeletons just TUMBLE out of the closet once they start.

I won’t spoil this for you beyond saying nothing is what it seems. At this point you’re probably wondering why I’m giving a book I just praised such a mediocre rating. Well, if you know me you know that 3 Stars is pretty good, but I did have a few problems with this one. First, like so many books, it was just a bit too long – especially at the end. Once you know all the who, why, what and whens of a story there isn’t much point in continuing to drag things out. If this would have been around 40 pages shorter, it would have helped. Second, everyone got a lot dumber the closer they came to figuring out the family’s dirty little secrets. Again, readers expect the “thrilling” part of a thriller to eventually come to a close, so let the characters solve the puzzle and wrap it up. Finally, I wanted things to get even darker than they did. Josephine was not nice. At all. Ever. I expected her to take things to unimaginable levels and was disappointed that the author didn’t quite go there.

All in all, though, Mother Mother was a surprisingly good read that left me thinking a certain other mother I know should have received an award for great parenting back in the day . . . .