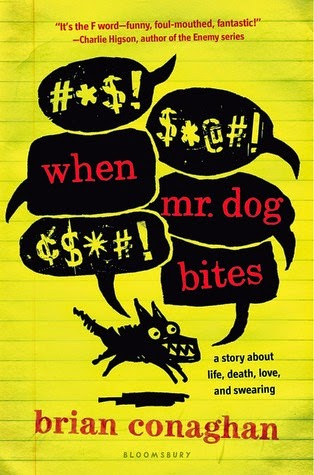 A month or so ago an article appeared that said: “Read whatever you want. But you should feel embarrassed when what you’re reading was written for children.” Upon reading those words, something happened inside of me . . .

The author of the article then proceeded to namedrop several “classics” that grown-ups should read rather than YA, which proved to me that she’s 100% pure asshole. Sure, it’s great to read selections from the “Top 100 Books Before You Cack It” list, but there’s also been some decent stuff written in the last century or that didn’t win a Pulitzer.

WTF difference does it make what a person chooses to read? Unless I’m using your credit card for my Amazon one-clickery-addiction (credit card numbers gladly accepted via private message), it’s nun-ya-damn-bidness. As a parent of a child who is finally getting into reading, there’s nothing like sitting down (with no T.V., or cell phone or video games), and talking about a book we both read.

Grown-ups read YA because the writing is so different from what was available when we were kids. Today’s books for young adults aren’t the Judy Bloom (no offense to the lovely Judy Bloom) stories we grew up reading. Yes, there are the Twilights and Divergents and Mortal Instruments, etc., etc. that haters are going to hate on, but there’s also books with heart and soul that push the envelope of “YA”. Books like When Mr. Dog Bites.

Dylan Mint may be 16, but he’s not your average teenager.

This is the story of what happened in Dylan’s life when he thought he only had a few months to live. How he decided that he was “ready to take no shit.” How he planned on running up to the lovely Michelle Malloy and saying: “Hiya, Michelle. How was your summer, babe?” And how, in reality, he’d probably say something more like “YOU’RE A SLUT NEW-BAG WHORE PEG-LEG, MICHELLE MALLOY” thanks to his Tourette’s. How he deals with attending his school, Drumhill, which is “like the scene from the bar in Star Wars [with] mentalists cutting about, talking bonkerinos to each other or themselves.”

And how, even though he’s just a wee teenager, he already knows the Beatles is the best band ever. (Hear that son? It’s not Kanye West and it never will be.)

Dylan’s story isn’t just for kids. It’s “a-mayonnaise-ing,” and deep, and heartwarming, and hilarious, and most of all it teaches every reader, no matter their age, an important lesson . . .

No matter what I read I’m still probably a fairly shitty person, but at least I’m a shitty person who READS. Grown-ups, young adults, children – don’t EVER let anyone tell you that what you are reading is wrong. If you’re reading at all you’re doing okay.