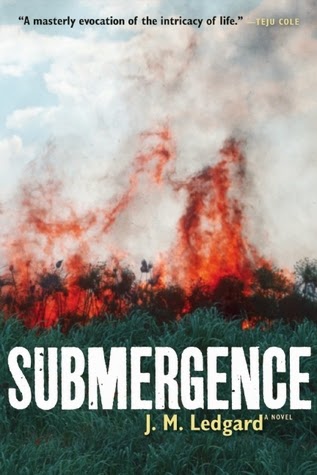 1 Star
A couple of months ago some dillweed wrote this article attempting to shame adults who read YA books. In said article, she name-dropped a bunch of authors who wrote well-known classics, as well as this selection. She said of Submergence:

"A few months ago I read the very literary novel Submergence, which ends with a death so shattering it’s been rattling around in my head ever since. (If it's actually a death! Adult novels often embrace ambiguity.) But it also offers so much more: Weird facts, astonishing sentences, deeply unfamiliar (to me) characters, and big ideas about time and space and science and love."

I figured if someone was going to be so ballsy as to throw the baby out with the bathwater when it comes to the entire YA genre, completely setting aside the boundaries that have been broken, the millions of copies sold, the movie rights purchased, etc. in order to offer another book as substitute, said book would be gooooooood. I can’t be the only person who read the article and bumped Submergence to the head of my to-read stack, right?


Well, I hope Ms. Graham is getting some serious residuals from J.M. Ledgard, because holy moses is she peddling a pile of turds with her recommendation. Easily the worst book I’ve read in 2014 (and that includes <i>Four</i> which has earned me the never ending wrath of dozens of Roth superfans). So pretentious, soooooo boring, Submergence doesn’t even rate high enough for me to write a real review. Instead, I shall leave you with only this: