The After House by Michael Phillip Cash 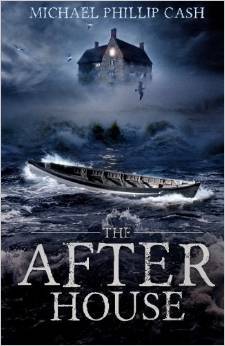 1 Star
Normally I feel a bit of remorse when I give a book a 1 Star rating, but this time?

“Remy Galway and her daughter Olivia are rebuilding their life after a failed marriage in a 300 year old cottage in historic Cold Spring Harbor, Long Island. Little do they know, another occupant is lurking in the haven of their own home. Will the After House be their shelter or their tomb?”

Sounds awesome, right? I was stoked to begin The After House and bumped it ahead of a bunch of stuff I should have already finished a loooooong time ago but have not (because I’m a slacker). I was expecting an awesome horror story and a ghost like this . . .

Buuuuuuuuuut, there were additional ghosts to be had. Once again, I thought the bonus duo might be something along these lines . . .

There was also a super-hard-to-solve mystery where someone was trying to kill the MC. There are like SIX adult characters in the entire book. One is the MC, two of them are the MC’s parents, one is her new/very pregnant friend, one is her new love interest, and the last is her abusive ex-husband who not only beat the crap out of her before she wised up and got a restraining order, but was living a dual life with a new wife and baby. Hrrrrmmmmm, wonder who it could be? Better call in the experts to solve this one . . .

And finally, speaking of the love interest. Grown-up books SHOULD NOT have “instalove.” Not even if you call it “finding your soulmate” instead. Dude and dudette get set up by the buttinsky mother for coffee and after a few days “it feels like I’ve come home” and “don’t want to live if you’re not here.”

This book had no idea what it wanted to be. A romance, a horror story, a thriller? The combo of all of the above just made for one big mess. All that being said, this book has received a lot of high ratings, so there’s a good chance that everyone but me will like it.

ARC received from NetGalley in exchange for an honest review.
Thank you NetGalley!
Posted by Kelly (and the Book Boar) at 10:26 AM