The Vines by Christopher Rice 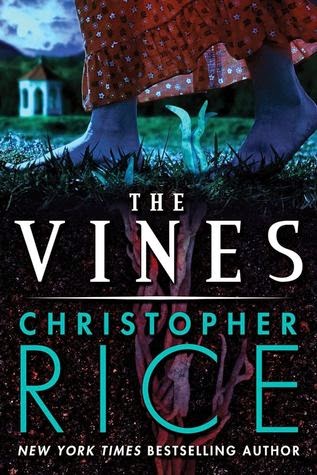 This one adds a little twist. Not only are there terrifying plants that might kill you, there are also deadly bugs

No, not that kind of bug. Huge, evil, swarms of bugs hungry for human flesh

Caitlin Chaisson appears to lead a charmed life as an heiress who lives in a sprawling mansion called Spring House outside of New Orleans and is happily married to a local hero . . . or so she thought. While witnessing her husband’s tryst with the party planner at her birthday party, Caitlin decides she is going to end her life and slashes her wrist in the mansion’s gazebo. Rather than dying, Caitlin’s blood awakens a dark force that has been lying in wait for over 150 years. It is now up to Caitlin’s estranged best friend, Blake, and her hired man’s daughter, Nova, to figure out the mystery of what exactly resides in the ground at Spring House.

Although there are definitely scarier “plant books” around (specifically The Ruins), this one is more of a mystery rather than an out-and-out horror story and it wasn’t too shabby.

I had not read Christopher Rice until recently due to . . . REASONS . . . but I’m glad I gave him a chance. He writes a good, fast-paced thriller with flowing dialogue and great main characters. He also doesn’t waste a boatload of time/pages dealing with what I like to call the “non-believer syndrome” in preternatural stories. Rice believes in having Character A tell Character B some weird s*&^ is going down and making Character B trust Character A enough to believe there must actually be some weird s*&^ going down. He cuts to the chase and wraps the story up efficiently. Obviously there are some books that demand more pages, The Vines wasn’t one of them and I’m glad Rice left it at its current length rather than add a bunch of unnecessary filler.