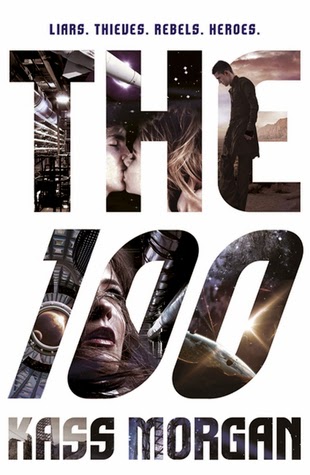 2 Stars
I picked The 100 up because I’m a bookaholic and I can’t control myself as one of NetGalley’s “read now” selections. All I knew going in was that this is currently a television series on the CW Network. Now, I’ve watched enough of the CW to know that (excluding the delicious train wreck which is “Makeover Day” on America’s Next Top Model) the viewership (which, at times, includes myself) tends to land in one of the following camps:

Random percentage who love not only one of the Salvatore brothers, but also love Klaus

Just me? Naaaaaaaah, I didn’t think so.

So when the premise for The 100 was the populous residing on a (soon-to-be uninhabitable) space station for the past 300 years due to Earth being evacuated after a nuclear holocaust, and the only for the survival of civilization is in the hands of 100 guinea pigs juvenile delinquents – I was intrigued. However, it being a program on the CW network, I wasn’t really expecting it to be the next Lord of the Flies like the publishers would lead me to believe. Heck, I wasn’t even holding out hopes for something like this:

When it comes to The 100, make sure you go in with low expectations. Are they lowered? Okay, lower them even more until you reach something a little more along these lines:

There’s not a whole lot of action to be had in this first book (unless your definition of “action” means tonsil-hockey). However, it wasn’t completely terrible either. Think of this as a giant introduction – you’re dealing with backstory and character history/development of four narrators (plus their families/significant others), along with world building, etc., etc., but there’s not a whole heck of a lot covered with respect to the nitty-gritty of what happens to “the 100” after their arrival on Earth. That’s what Day 21 is for (well, that’s what I’m hoping it’s for). Good news is, Day 21 is also available as an instant read on NetGalley. Crossing my fingers for a little less talk and a lot more action in in the next installment.