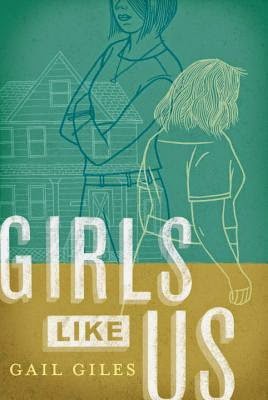 I can’t remember the last time a book really pissed me off. I often see reviews where it seems like readers have been almost searching for a way to be insulted by what they’ve read. As the well-intentioned social worker said in Girls Like Us: “not every word a person says is an insult. Try not to fight the world and everybody in it.”

I tried. I really and truly tried, but good grief I was seriously insulted this book. I spent the weekend trying to talk myself off the ranty ledge, but at this point I’m saying screw it and just going with my initial reaction and I hope that the point of what I’m trying to say comes across in written form without insulting you as readers.

Let’s start with the synopsis:

Biddy and Quincy have been forced together throughout high school since they were both in the classes for “speddies.”

Quincy, a girl of mixed race, was hit in the head with a brick by her crackwhore mother’s abusive boyfriend. She was taken from her mother and has spent her life being bounced around the foster care system. Quincy knows how to read and do arithmetic, it’s always just been hard for her to connect her thoughts in the written form, but the physical deformity she was left with was substantial.

Once Biddy and Quincy graduate (or “time out”, basically) of the public school system, their assigned social worker tells the girls they will be sharing an apartment. Can two girls from some such different environments overcome their pasts, find some common ground, and move forward in the world together?

Okay, the premise for this book had me hook, line and sinker. There were even some seriously hardcore emotional scenes that made me feel things. However, I couldn’t ever get past the two main characters – I have never been so offended by written narration in all of my reading.

In a book that is supposed to be a vehicle to make people realize that just because someone looks or learns differently, they shouldn’t be made to feel as though they are “girls like us,” the author has chosen to make two girls from two completely different backgrounds with two completely different handicaps have the EXACT. SAME. VOICE. And not only do they have the same voice, they have the most offensive accent in the history of writing (FYI - This is the part where I’m terrified I’m going to offend someone because I don’t know how to word this correctly, so I used Wiki to find the *hopefully* correct terminology I was looking for), the Southern American English accent. This is the accent which has traditionally been overused to indicate that someone is stupid or is “white trash” or is a servant, etc. and I just can’t let it go that it was used for these two young women. No matter how many emotions the book was able to evoke from me, the overwhelming one was anger.