One Flew Over the Cuckoo's Nest by Ken Kesey 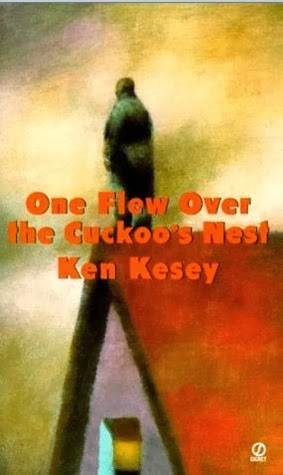 5 Stars
Randle P. McMurphy is transferred to a mental hospital in order to avoid the prison work farm. During his confinement, he turns the ward around – making the patients believe there is hope and standing up to the horrible Nurse Ratched.

I was introduced to One Flew Over the Cuckoo’s Nest via the film version (admittedly, when I was waaaaay to young to be watching such movies) and it immediately became one of my favorites. When I was in high school I discovered the book and once again put it at the top of my favorites list.

Now, a billion years have passed and I worked up the courage to give Cuckoo a re-read. Would it still be as good as it was way back then? Will I still be invested in these characters and want to save them? The simple answer is yes. Yes – to the nth degree, yes! There are no words to express how much I still love this book. In fact, my entire review is:

Let’s just leave it at this - One Flew Over the Cuckoo’s Nest stands the test of time. In my opinion, Nurse Ratched is still one of the best villains ever written, McMurphy one of the best protagonists, and the film one of the best translations from page to screen.