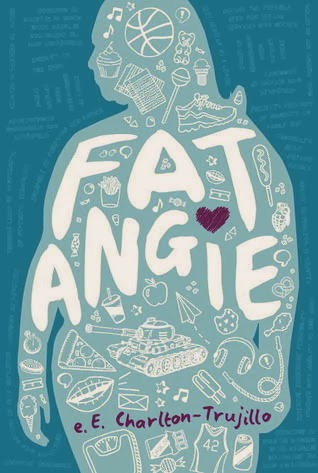 2.5 Stars
Fat Angie’s size had made her an outcast for quite some time, but when she decided to slit her wrists in the middle of a pep rally, she REALLY became a target for the mean girls.  After her failed suicide attempt, Angie tried to be as invisible as possible – sharing her feelings only through unsent letters to her sister, a soldier who was taken prisoner in Iraq.  All that changes when she meets new transfer student, KC Romance, and her neighbor Jake starts speaking to her again.
This book could have been a lot better.  It had a chance of scoring a higher rating from me had I not started a really good YA book immediately upon finishing it.
It also may have received more stars had I not watched Pitch Perfect again and again and again and again with my children over their Christmas Break.  Fat Angie wasn’t nearly as likeable as Fat Amy.  The world needs more characters like Fat Amy. 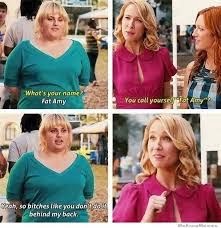 Characters like Fat Angie make me feel next to nothing.  When I read a book about a fat girl who is holding out hope her M.I.A. sister is still alive and tried to kill herself in front of the entire student body, I want to feel SAD.  Like the darkest dark, rip your heart out, maybe I should stick my head in the oven for a little while sad.  Feeling “meh” is not the way to get a great review : (
Along the same lines, books with super predictable plot twists don’t score real big in the twinkly star department either. 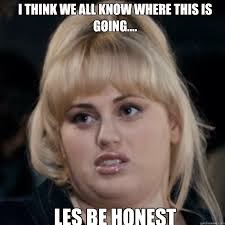 In a nutshell, Fat Angie was an okay read.  It won’t change your life.  It might not even change your opinion about Fat Angie when you’re finished.  It may, however, remind you of Fat Amy’s awesomeness and make you want to watch Pitch Perfect ten more times ; ) 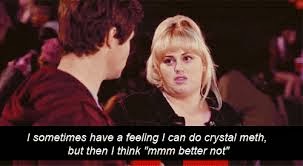